How this startup knew it was time to pivot 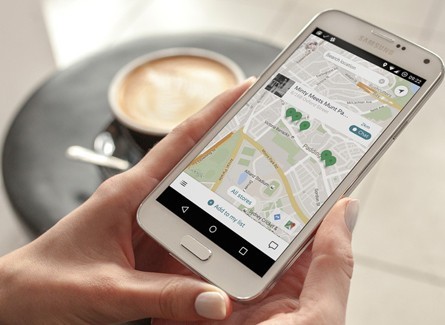 Startups need to stop being afraid to pivot and constantly track its users and market to know when it’s time to change, Booodl co-founder George Freney says.

Beginning its life as a social media platform of sorts, connecting people looking for certain products, the startup has now re-launched as a tool to help users find nearby physical stores selling items on their wish-list.

Deciding it was time to pivot was easy because Booodl was just following the customers’ wants, Freney tells StartupSmart.

“You have to listen to your users and observe the market,” he says.

“You have to always be looking at the traction you’re getting with the customers and testing to make sure you’ve found something that has product-market fit.

“If you’re suspicious you’re not getting there you have to be aware of that, listen to the feedback and then push things in a new direction.”

For Booodl, this was a matter of moving from an over-saturated market to one that was less serviced.

“We saw a real opportunity around this physical, local shopping. It’s a blue ocean and there are fewer players in it than social commerce,” Freney says.

“We identified that social media and products wasn’t really an interesting space, but we saw there was a real opportunity in helping people find stores selling things they wanted.

“Every man and his dog is playing with social media but there are very few companies helping you find a physical shop and reminding them about it.”

“We followed the data and the users, so in some ways it was an easy decision.”

Pivots shouldn’t be seen as a bad thing for a startup and more as a natural progression, Freney says.

“A lot of startups do go through pivots, and it’s very likely that the problem you set out to solve highlights a better problem to solve, and it’s best to go in that direction,” he says.

“It’s important that still sits within the overall area of passion and purpose you have. So long as you’re pivoting towards a problem you and your team are really passionate about solving and you’re committing to the cause.

“It’s very difficult if it doesn’t resonate with those trying to solve it.”

An online offering for the offline world

After running a pilot program in Sydney, the platform now has more than 15,000 signed up to its networks offering over 1 million products.

Through Booodl, users can search for a type of product or something specific, and are then notified when a nearby physical store has it in stock.

“It makes that process much easier and the interaction more seamless,” Freney says.

“Physical stores haven’t been as convenient as online – it’s hard to know what’s in-store and what the store around the corner from you has.

“We saw this opportunity where no-one was connecting that interest, so we started experimenting with that capability.

“Current solutions don’t make it easy – Google makes it very easy to find online stores but that’s not necessarily the best and most convenient option to find a product they want.”

Booodl operates with a freemium model for the partnering stores, which will be charged a monthly fee in exchange for the foot traffic and visibility provided by the platform.

With renewed confidence and passion following the “significant” pivot, Freney says the startup will soon be looking to expand its new and improved offering overseas next year.