How this startup listened to users to discover its hire purpose 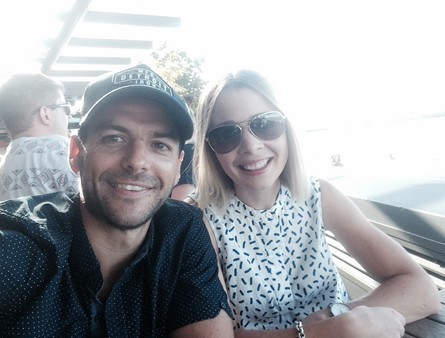 Startups need to be listening to user feedback from day one and constantly adapt their offering to ensure success, Hobbyhire director Joshua Pennell says.

The hobby marketplace platform recently launched, and Pennell tells StartupSmart it has already been altered to become more in-line with the feedback provided.

The Hobbyhire team spent 18 months developing the platform and testing it to ensure users got the best value.

“When you’ve got your head so deep in a project you can miss what’s right in front of you,” he says.

Hobbyhire allows users to list and hire a range of sporting and recreation equipment, activities and lessons.

Before launching, Pennell used a test group of about 20 people including family, friends and industry contacts.

“We wanted to get direct feedback from the types of people that would use it,” he says.

This process enabled the Hobbyhire to improve the site’s functionality and understand what concerns customers would have before going to market.

Pennell says after learning that the biggest issues were around insurance and safety, they designed the platform to maximise user protection.

“We added a rating and review system, security deposits and pre-imposed hire condition forms,” he says.

Pennell says listening to customers is an ongoing practice startups should follow.

“After launching you can learn where interest is coming from and see where specific demand is,” he says.

Since launch, Pennell has been watching which categories are more important and identifying new opportunities.

“On day one, someone listed a plane,” he says.

Following discussions with the user, Pennell and his team then created a ‘flying experiences’ category.

They are currently testing and researching this to ensure only experienced and licensed pilots can hire flying vehicles listed on the site.

Hobbyhire is live in Melbourne and New Zealand with a growing user base.

“We have had big interest from water sport businesses such as boat chartering, kite surfing and paddle-boarding.

“We’ve had about 250 listings since opening the site with a tiny amount of marketing,” he says.

As they continue to improve the site and build a community of hobby enthusiasts, Pennell encourages other startups to stay on track.

“It has definitely been an exercise in persistence and there were numerous times we could have given up on it but don’t let it beat you,” he says.

In addition to getting direct customer feedback, bootstrapping and prioritising time and resources, Pennell provides some age-old advice.

“Nothing’s perfect, if you try to make something perfect before you launch, you will never launch,” he says.