How to motivate your staff: Top tips from Daniel Pink 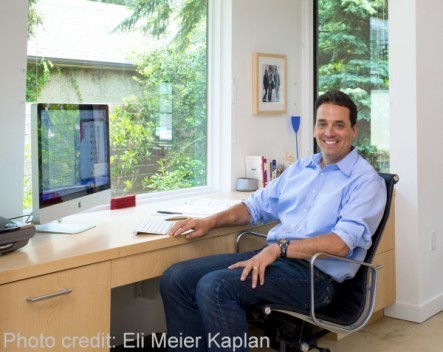 The businesses that succeed in the future will be the ones that fundamentally shift the way they think about motivating their employees, according to best-selling author and speaker Daniel Pink.

Pink has been named one of the top 15 business thinkers in the world and he was on hand to give one of the keynote addresses at the recent Future of Work conference held by the University of Melbourne’s Centre for Workplace Leadership.

Via a video link-up from Canada, Pink walked the conference attendees through his formula for re-thinking motivation and how to start making changes to their employee’s motivation levels.

As Pink describes it, the future of work is about building businesses that “foster both humanity and productivity”.

The science of motivation

“Motivation is a dangerous topic in many ways,” Pink told the audience.

“A lot of you have probably been at conferences where somebody comes up to talk about motivation and what you hear is a lot of gobbledegook.”

“You hear ‘believe in yourself’, ‘you can do it’. They might tell you about some great athletic triumph they have had or scored the winning goal in a soccer game or the winning point in an Australian rules football match, or they have climbed a mountain or something like that to try to pump you up and inspire you.”

But Pink believes there is much more to learn by considering what science can tell us about what motivates people.

“This is central if we are talking about the future of work because the future or work is not only technology,” Pink said.

“Ultimately what it gets to is who is the human being on that laptop, on that mobile phone, across from that customer? What is making him or her tick? If we get that wrong, we’re going to have a very impoverished future of work.”

For Pink, social science research from the past 50 years is a treasure trove of valuable information about what motivates people, starting with the different types of knowledge we all possess.

As Pink sees it, “much of our knowledge about motivation is implicit knowledge”.

“We never say those things explicitly or bring to the surface and announce what we know, but we do know them. And more than that, we act on that knowledge every single day.”

If/then rewards work … but only sometimes

These implicit ideas have given rise to the prevalence of what Pink calls “if/then rewards” in businesses, also called controlling contingent rewards, or the idea that if you do x, it will lead to y. But Pink said the other part of the equation is that this reward system only works under certain conditions.

“And here’s the kicker, it’s not nearly as much as we think.”

Pink explained one piece of academic research that illustrates why this stick-or-carrot system does not always result in increased motivation.

“But here’s where it gets more interesting … once the task called for even rudimentary cognitive skill, a larger reward led to poorer performance,” Pink said.

But while Pink said this “seems completely upside down”, he said it explains why “if/then rewards” are great for short-term tasks or those that follow an algorithm or recipe.

“They are extraordinarily effective … [because] we love rewards,” he said.

However, Pink said “the same research tells us that ‘if/then rewards’ are far less effective for complex and long-term tasks.”

For Pink, this type of reward system, which he says has become a “mainstay” in modern business, is at odds with the nature of work in the 21st century, which is increasingly complex and non-rudimentary.

But many business leaders and managers continue to apply the same system to “everything instead of the area where we know that they work”.

“What we need to do is use ‘if/then rewards’ when they are effective but follow a different approach where they are not effective,” he said.

Shifting the way we think about motivation away from the assumptions of “if/then rewards”—or “re-calibrating” as Pink puts it—starts with assumptions about money.

“Money is a motivator,” Pink said.

Pink said financial rewards is one area in which businesses often “go over the rails” as the assumption is that money is a “full-proof motivator”. But in fact, fairness can matter much more.

“Human beings in general, but human beings in workplaces in particular, are exquisitely in tune to the notion of fairness,” Pink said.

“So how do people evaluate fairness? Well if two people do the same kind of work, have the same level of experience, have comparable levels of contribution, and one is getting paid a lot more than the other, you’ve demotivated the other person.”

Like “if/then rewards”, Pink said money works well as a motivator for mechanical tasks—“you pay people per envelope you want stuffed, you’ll get more envelopes stuffed”—but it loses its effectiveness for non-mechanical or more complex tasks.

Once money is “off the table”, Pink said there are “three key motivators for enduring performance on these more complex tasks”.

They are purpose, mastery and autonomy.

“People want to either make a difference, or contribution, or both,” Pink said.

Pink presented two other pieces of academic research which show how this works in practice. In the first study, the level of motivation of call centre workers at a university was increased when they were asked to read a letter from students who had benefited from the scholarships from the university. In the other study, the quality of food produced by cooks at a particular restaurant was improved when the cooks could see the people eating the food they had prepared.

What does this mean in your workplace?

“Next week, have two fewer conversations about how and two more about why,” Pink told the business owners and managers in the room.

“When you start saying to your employee ‘here’s how’, stop yourself and turn it into a why conversation. Say ‘here’s why’ and you’ll see an uptick in performance.”

“The other idea I have for you is basically tear down the wall,” Pink said.

“See what you can do to tear down the wall between individual people inside a firm and the ultimate customer … [if] you can show people the customer, the end user, that itself is a very inexpensive way to boost motivation.”

“Getting better at stuff” or mastery is also inherently motivating, said Pink.

“We like to make progress. But there is a problem. The problem inside an organisation is that progress depends on feedback. The only way you know you are making progress on anything is if you are getting information on how you are doing.”

“But I want to make the case to you that the workplace, especially in large organisations, is a feedback desert.”

Pink said many businesses still rely on annual performance reviews as the only method of formal feedback for employees but he suggests more frequent and more informal catch-ups with staff to improve a business’ “feedback metabolism”.

He even gave the example of a practice pioneered by Australian tech success story Atlassian, called “weekly one-on-ones with a twist”. Managers catch up with their employees each week but one meeting a month is dedicated to a different topic, from what the employee loves about their job – and what they loathe – to what kinds of barriers they face in their position.

The last part of the equation is autonomy.

“We take this word too seriously. We think management has always been here, that it was given to us by god, or came from nature.”

Pink said management is a “great technology for getting compliance” but businesses of the future don’t need more compliance, they will need engagement.

“We’re trying to manage people into engagement but people don’t engage when they are being managed,” he said.

“The technology for engagement is self-direction. That’s how people engage.”

Pink finished his keynote by sharing examples of businesses and organisations that are taking this idea of autonomy and seeing impressive results. Atlassian was again mentioned for its “ship it days”, where employees are given 24 hours to work on their own projects that they then present to the team; as was the South Australian government, which allows employees to nominate a ’90 day project’ to work on for three months. The result, according to Pink, is a whole host of “local government innovations” that would not have happened otherwise.

“If you give people these little windows of autonomy, you can do some really great things,” he said.