How to scale a culture: Create organisational rhythms, remember silence is deadly and consider arguing drunk 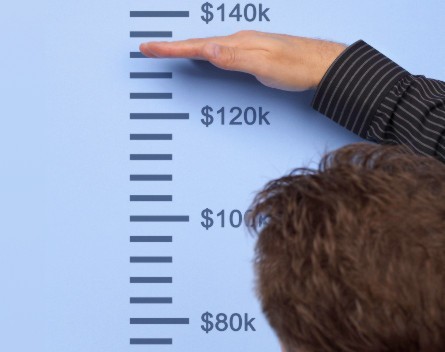 Growing a business may seem easy but screwing it up is even easier, especially if you don’t keep an eye on your company culture, says scaling expert Huggy Rao.

Rao and fellow Stanford University lecturer Robert Sutton recently released Scaling Up Excellence, a guide to how big companies from McDonald’s to Apple built their business.

Rao spoke to StartupSmart from San Francisco about his theory that the worst thing that can happen to any company is for the team to go quiet.

“Silence is a very powerful enemy of companies. Businesses fail because of illusion, impatience and incompetence, and what enables these is usually silence,” he says.

Just as silence is often a clue that a co-worker may be about to quit, in a start-up it can be a sign that staff have given up or don’t feel comfortable to talk.

Not speaking up can become contagious, with fairly significant results.

“When people become dumb, managers, who are less involved in the day to day, can fall prey to illusion and the incompetent people become vocal while the competent ones often stop talking,” Rao says.

When an organisation begins to avoid hard conversations, brainstorming and arguing about issues in the company, founders have to act quickly to avert disaster.

The key to getting conversation going again is to create a space where people feel it’s okay to raise issues. Founders can embrace the angst associated with issues as a way to open up the conversations that need to happen.

“The Persians have great practices for solving issues like these. On the first day you debate the issue drunk, and on the second day you debate it sober,” Rao says. “It’s a great idea because when you’re drunk you put a lot of information on the table, but your ability to draw the right conclusion is limited. But sober, you’d never put that info on the table because you’re being so strategic.”

Rao concedes that while many of the best discussions can take place after work in the pub, using exactly this practice often doesn’t work well in every workplace.

Instead, founders can replicate this pattern of open, candid conversation followed by solutions-seeking discussion.

Once conversations are flowing, managers should create workplace rhythms that align the goals of every team and the whole company together.

Rao cites the example of Twitter, where thousands of engineers follow the same process. Each day starts with a huddle where they share what they’re working on today and that week. Each week is a sprint to a particular goal. The sprints cumulate in a demo every three weeks and a release every quarter.

“Keep in mind scaling isn’t just about structure and team work, it’s also about story,” Rao says. “If you’re going to grow your team from five to 15 to 500, make sure you’ve got a story that binds together the company.”