How to see the bigger picture 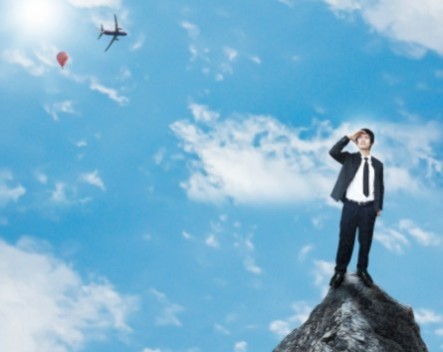 Leaving the station platform the other day I saw an elderly woman lose her balance and fall backwards on the escalator a few moments after stepping onto it.

The people in front of her reached down to help her and grab her bag, the people behind ran forward to catch her as the escalator expanded behind her prone body and the people at the bottom of the steps stared upwards in dismay.

All, that is, except one young woman who looked down. She looked down, found the red emergency button and pressed it, thus immobilising the moving stair and letting all the helping hands do their work.

I was really struck by this girl’s presence of mind. Unexpected events happen to us all the time.

When was the last time you ever had a day that went perfectly smoothly from start to finish without one interruption or unforeseen event?

We cannot be prepared for all of them. But we can be prepared. So here are two ways we can begin to focus our attention to best effect.

Being observant about what is really going on inside ourselves gives us the power of choice.

At any moment someone could say or do something that will trigger a response you may later look back on and wonder about. What was I thinking? Did the client really need to hear me being so negative? Why did I respond so defensively in the meeting?

Observing my own reactions and watching how I behaved in certain circumstances, along with some other learning, gradually gave me a few seconds between the event and the response, which had previously been instantaneous and involuntary.

Practise has made this space even longer, giving me precious time to choose the most useful and helpful way forward. This is invaluable in client meetings and crucial conversations.

This article on Dr Richard Wiseman explains how he ‘gave both lucky and unlucky people a newspaper, and asked them to look through it and tell me how many photographs were inside. On average, the unlucky people took about two minutes to count the photographs, whereas the lucky people took just seconds. Why? Because the second page of the newspaper contained the message: “Stop counting. There are 43 photographs in this newspaper.”’

We often miss opportunities if we are anxiously focusing on one thing. It tends to minimise our peripheral vision, and an opportunity often lurks on the edge.

We have probably all had fun watching the basketball clip and trying to see how many passes the white team makes while totally missing everything else in the video.

Look around you. Widen your view. Something may surprise you and you might see a green button that starts new things up.