How to survive the first year of building a startup 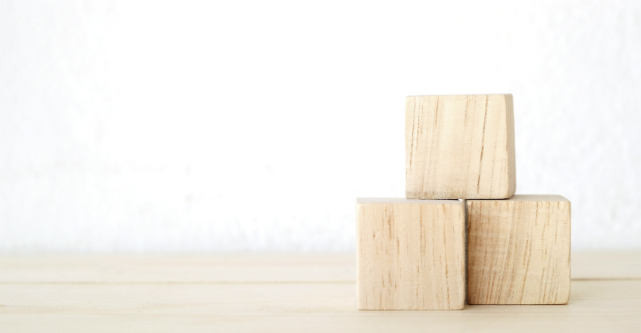 Your first year is what you’re going to look back on with an incredible weight of emotion.

Because in 10 years’ time you’ll either be raising a glass to the success that your initial 12 months set you on, or drinking by yourself listening to Tom Waits and hating whatever it was that made you quit.

So how do you survive your first year as a creative entrepreneur?

It doesn’t matter how you’re starting out, whether you’re working on a book in your spare time, or diving head first into founding a company, or just starting to sell some hand-made products on Etsy.

Be sure about what you’re trying to do

One of the biggest reasons that people give up in their first year is that they don’t have a handle on what they’re actually trying to achieve.

Sure, they’ve got a vague notion around starting a business to solve a problem they’ve encountered, or writing a book about a dragon, but it’s not clear. If you asked them to explain what they’re working on, they’ll never be able to get it down to one sentence.

A mate of mine, a VC who I used to work with back when he founded his first startup, says that people will pitch him all the time without really being able to explain anything to him in plain language. He finds himself asking them to go all the way back to the first slide in their presentation and sum their product and company up plainly. And they can’t do it.

The same goes for artists, authors and musicians. Have you ever tried asking them what they do? The answer could fill a goddamn volume, when it should be as simple as saying “I do X because of Y”.

Drink your own Kool Aid

The only person who really believes in you throughout your first year is you.

Your mum probably tells people she’s proud of you but I can guarantee you she’d be a lot prouder if she honestly believed you were going to make it. Same as your partner — he says he’s supportive, but he’s not as invested in it as you are.

You’ve got to have faith in what you’re doing, and you’ve got to have enough faith that it keeps you warm at night when your brain won’t stop working and you can’t count sheep because they keep morphing into potentially project destroying worries that keep jumping over your head.

This means that when someone asks you what you’re doing, the response isn’t, “well…I’m trying to write a little book”. It’s not, “oh…I kind of started a small business, it might not go anywhere, but I’m giving it a shot”.

The response you give has to be proud. You’ve got to stand by your work, and say you’re proud to be doing it, and show that you believe so fully in what you’re doing that you’re not going to hide behind self deprecation and so-called humility.

When you hide behind that bullshit, you’re teaching yourself to put a caveat on everything you do. You’re going to start believing that it’s not a big deal, and if you believe that there’s going to be no resistance when you want to quit.

This is one of my favorites. If you want to become a creative entrepreneur, whether you’re an author or a developer or a designer or a metalcore drummer, the biggest danger is that you’ll chicken out. You’ll pull the trigger, you’ll begin the race, and then suddenly you’ll back down and rationalize a bunch of reasons why you shouldn’t have started in the first place.

So here’s a fun thing to do. Tell a bunch of people what you’re up to. Tell so many people, people you know and people you’ve only connected with on the internet, your ex-boyfriend, your pizza delivery guy, that friend of your Dad’s who’s kind of a jackass.

Because if you tell enough people, you’re going to be way too embarrassed to quit. You’ll know that down the track, every one of those people will ask you how it’s going, and you won’t want to be shuffling your feet and making excuses. So you’ll have another reason not to give up.

The other benefit of doing this, is that you start to get used to hearing yourself talk about your project and it becomes a little more real. It stops being some concept or idea floating around in your head and starts being something tangible.

Put in the work, and make yourself focus

This should be obvious, but I’ve definitely had experiences where I’ve “started” a company, by throwing up some fucking website and then leaving it there and expecting people to give me money.

I know hard work ain’t fun, and it ain’t easy, and it’s bloody depressing to have to do it when you want to drink absinthe and eat vegan brownies instead.

But you’ve got to do it. You’ve got to meet your deadlines, and in your first year of business, you’ve got to be able to show that you can get things done. You’ll start to find ways to make yourself work, that will match your lifestyle. Everyone works differently, so don’t put too much store in those 57 articles you bookmarked about how to manage your tasks.

Just do what works for you. That’s what I do. The thing about any work flow or productivity tip is that you can’t try and make your entire life conform to it as though it’s a rigid structure of rules.

I tend to find that what works for me, what just gets me over the line in all my chaos and the hot mess that is my life, tends to be a bunch of weird, random shit that I’ve come up with because they beat my personal quirks and problems.

Once, struggling to reach deadlines and get my shit done, I found myself losing hours of my time to my beautiful, new Xbox One. It was frustrating, and I can admit that I don’t have anywhere near the amount of self control I need to just say No to myself.

So I shoved my only controller into a box and mailed it to myself. It took days to turn up, and in that time, I couldn’t game and I couldn’t goof off. That’s not something you’re necessarily going to find in anyone else’s methodologies, because it’s a reaction to a problem that’s super personal for me.

Take a break, or it’ll break you

Finally, take some time off. I know you think that working non-stop is the way to go, and I know you believe that taking a break is a waste of time. But you’re not a machine. You’re going to wipe out if you don’t let yourself have some space and learn how to breathe.

I’ve met founders and artists who are proud of working 20 hour days. They wear it like a badge of honor, and it’s depressing — because I’ve been there and I know what happens. I used to take pills meant to keep me awake and wash ’em down with red bull, believing that if I just pushed myself to my limits for a while it would pay off someday.

It doesn’t. Your body holds grudges. It never forgives and it never forgets. All the pressure and the push that you’ve got going right now will eventually come back to haunt you, and when it does, your body will fail. You can’t be productive on years of exhaustion, and nobody is going to back an entrepreneur who’s 3 weeks away from a total shut down.

Take a break, or it’s going to break you. Ask anyone, and they’ll tell you the same.

We all battle through the first 12 months feeling as though everything could go completely to shit at any given moment.

But we all got through it. We fought tooth and nail, and we scratched and clawed our way over the finish line, and we coasted into our second year on fumes, but we made it.

You don’t have to do it with dignity. You just have to survive.