How to write a winning Y Combinator application: tips from Aussie startups that have done it before 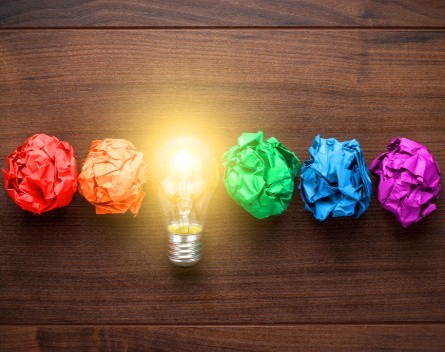 Applications have just opened for Y Combinator’s winter batch, one of the most prestigious startup programs in the world.

Since its inception ten years ago, YC has backed nearly 1,000 startups that are now worth over US$65 billion collectively and received over $7 billion in funding. Those that took part in the program at the start of this year have already raised $227 million.

YC invests US$120,000 in exchange for 7% equity in hundreds of startups each year.

The successful founders spend through months in Silicon Valley, working closely with YC mentors to refine the business and pitch, before presenting to a high-profile, invite-only audience at the renowned Demo Day.

You don’t have to be from the US to apply, but applicants are required to relocate to California for the program, and must convert their company into a US corporation to take part.

While the US seed fund won’t say exactly how many companies apply, this number is easily in the thousands, so it’s important to take a few steps to stand out from the large crowd and give your startup the best chance of being accepted.

There’s no point applying to one of the world’s most respected startup programs if your company isn’t trying to be a global player. According to the Aussie entrepreneurs, this is something that has to be emphasised and backed up with evidence from the outset.

“Investors aren’t excited by ‘lifestyle businesses’ that could pay you a decent salary but not achieve a big exit,” Patel says.

“Make sure that your company could theoretically reach a billion-dollar valuation.

“Pick a big market that you could take a respectable percentage of or a market that’s experiencing rapid growth, ideally with room for global expansion rather than just Australia and New Zealand.”

Stick to the facts

It’s important that the application sticks to the facts. Founders should focus on growth rates, market sizes, sales and similar metrics.

“Remove all waffle and stick to the facts,” Patel says.

“Be as concise as possible about your business. Don’t use any flowery or impressive language – the YC partners are immune to it and it’ll most likely hinder applications as you’re not concentrating on describing what it is you actually do.

“Remove every word (most adjectives unless strictly necessary) that you can that don’t provide valuable information.”

Getting these facts out in the open from the outset helps to differentiate your startup, Barnes says.

“Don’t be afraid of putting the important facts first,” he says.

“This is not the time to be humble, but at the same time it’s important that you’re not arrogant. State what make you different and why your business – the team, product and market opportunity – is unique.”

Both of the Barnes and Patel say the ability to demonstrate proven traction in the market played a big part in winning a place in the famed program.

“We had good traction at the time and had raised money from reputable angel investors before applying, so that might’ve helped,” Patel says.

Barnes adds that evidence of traction should be placed front and centre in the application as it shows the tangible market demand for a startup’s services.

“Building a business in Australia forces you to get to revenue quickly, and because we already had customers and growth it demonstrated that we had a real business more than any PowerPoint deck or Excel forecast could,” he says.

Y Combinator receives thousands of applications for each batch of startups, so Aussie founders need to ensure that their applications are short and punchy, just like you’d write a job application.

“There are thousands of companies applying, so treat the application like a recruiter is reading it and you only have five to ten seconds to grab their attention enough that they would keep reading,” Patel says.

“Don’t start writing about your company with waffly statements about the state of the world or anything that doesn’t immediately tell them what you’re building.”

Barnes agrees and says it’s important to communicate in a genuine manner and convey your point of difference succinctly, without jargon.

Speak to your customers beforehand

A startup’s customers can provide invaluable feedback that can be used to develop the YC application, and be used as evidence, Patel says.

“Make sure that your company is actually solving a problem that exists,” he says.

“Have you spoken to customers, real or potential, and made sure that your product is needed?

“It’s better to have a small group of initial customers that love what you do, and will evangelise you to their colleagues, than a large group that just like it.”