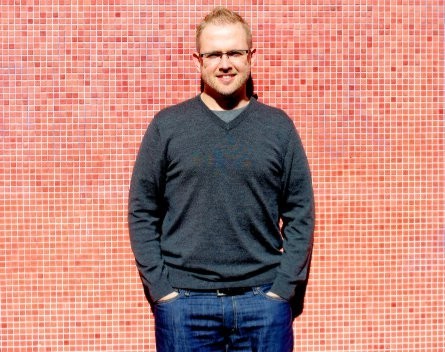 Optus Innov8, a start-up accelerator program, has appointed Humphrey Laubscher to be a senior associate on their management team.

Laubscher has worked as an IT business consultant for years and been actively involved in the Australian start-up scene for six years.

He’s currently a mentor for the Newcastle-based Slingshot accelerator program.

Laubscher says he’s looking forward to helping address what he sees as a big gap in the Australian start-up ecosystem.

“At the moment, there is a huge gap in terms of entrepreneurs wanting to get started in Australia. There are a lot of accelerators in Melbourne, Sydney and increasingly other cities. There are lots of places you can get $50,000 to launch an idea, but there is nothing to help start-ups bridge from there to a series A round of $2 to $3 million,” Laubscher says.

Laubscher told Startupsmart he first met Huynh, Lo and Hay at a networking event in Melbourne.

“I was surprised to see the principals of this program, run by such a big company brand at the grass roots,” Laubscher says. “I’m hoping to provide lots of people with the opportunity to give their dream a go.”

Laubscher, who previously worked on projects for National Australia Bank and Coles, says he was attracted to the start-up scene because of the entrepreneurial spirit.

“I was tapping into the entrepreneurial spirit of wanting to build something myself. In the beginning, I just wanted to go from managing and implementing products to actually building them, as that’s more fun,” Laubscher says, adding he always had a few start-up projects of his own on the go.

“I quit my corporate consulting job to launch one a few years ago, but it didn’t work out. I didn’t have enough money and fell in love with NFC (near field communication), which still hasn’t quite taken off yet,” Laubscher says.

He has previously worked at start-up incubator Pollenizer and interned at Australian data science competition start-up Kaggle, now based in the US.