INITIATE 48: getting teenagers excited about startups 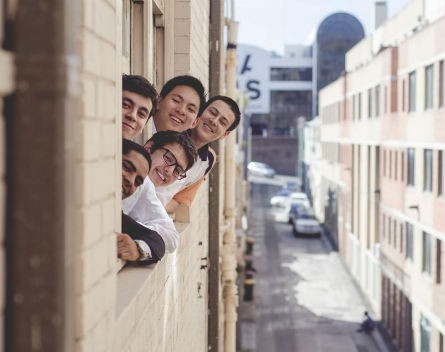 More than 60 high school students took over one of Australia’s largest tech co-working spaces this weekend to learn from industry heavyweights and build a dozen startups over a 48-hour period.

INITIATE 48, an initiative of Generation Entrepreneur, aims to give young people the experience and skills necessary to start their own venture while at the same time encouraging them to follow their passions.

The past weekend was the initiative’s first full-scale event, with 65 young people in attendance aged between 12 and 18. Speakers and mentors included Coder Factory founder Peter Argent and Fishburners general manager Murray Hurps.

Over the 48-hour period students learnt about lean business models, prototyping and customer development. In addition, participants formed teams and came up with startup ideas before pitching them to a panel of judges.

“The teams were pumped and everyone was congratulating each other,” he says.

“We had more female participants than male participants, which blew the judges away. Even on the first night, when we gathered around, we had 11 female pitches and only nine male pitches. We didn’t take any special action… we let it be quite organic.”

Zhang says the students formed 10 teams, competing for prizes including six months deskspace and free tuition. The overall winner was a startup aimed at providing tutors with high school students.

“Our winning team was Tutor Connect, who made their first sale within 30 hours of starting the idea,” he says.

“It was $36, but nonetheless it was a sale and they showed they were able to make money very quickly. Our second place was Sprout Connect… they were gamifying the education system for primary school students to teach them about growing their own plants. So it was about understanding where their vegetables come from and encouraging them to eat healthily.”

Zhang plans to run INITIATE 48 events in the future and hopes to bring hackathons and startup competitions into Australian high schools.

“That’s how we can feel we can revolutionise education… by adopting a more project based learning style. Traditional learning doesn’t highlight the benefits of entrepreneurial qualities.”