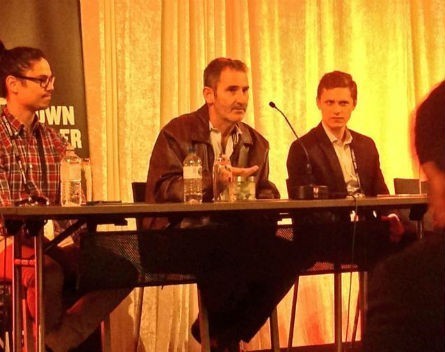 Being able to prove traction is more attractive to investors than having completed a mentoring or accelerator program, according to investor Steve Baxter.

Speaking on a panel titled ‘The harsh truth: before, during and after the accelerator’ at Slush Down Under on Wednesday, Baxter said while accelerators such as Startmate and AngelCube play a crucial role in building an ecosystem, when it comes to investment, nothing makes a startup more attractive than traction.

“The two don’t necessarily go hand in hand. I prefer to see businesses funded by customers.”

Alan Downie, co-founder of BugHerd, admitted his startup “sucked majorly” at traction even after completing Startmate and then 500Startups.

“By the end of Startmate we had zero paying customers,” he says.

“By the end of 500startups we had about 100. So we didn’t have the traction to raise – we raised on a story and a good vision. But I don’t think that will fly these days.”

Downie says the number one thing he got out of both accelerators was tapping into a network of supportive, like-minded people who knew their stuff.

“For us, we were missing the whole concept of distribution, marketing and analytics,” he says.

“So getting into an accelerator was really about us learning about that side of the business. I think one of the big takeaways was how to grow a business.”

The other benefit is that the accelerator never really ends, according to Downie.

“I’m in regular contact with Niki [Scevak], a few of the mentors form Startmate and investors in the business,” he says.

“So we constantly have contact not just with the mentors in the program but with the teams. There’s a lot of ongoing support and comradeship as well.”

Niki Scevak, founder of Startmate and managing director of Blackbird Ventures, says it’s difficult for people outside the startup scene and even new entrepreneurs to figure out which accelerator will best suit them.

“Hopefully over time the stories of founders who’ve been through all the accelerators in Australia will be widely heard, as I think that’s the only mechanism through which you can make a decision as to who’s a good accelerator or investor,” he says.