Is 2015 the year of enterprise software? 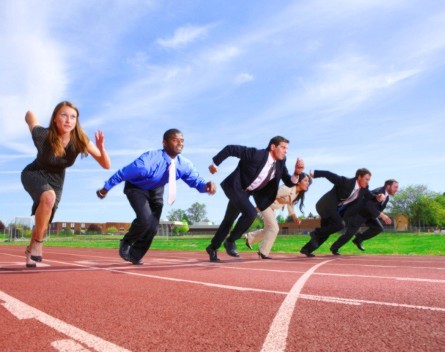 An increasing number of startups are helping Australian companies boost their performance and streamline services by leveraging new technology.

“A lot of that is to do with the enterprise starting to pay attention,” he says.

“You see some of this with the Muru-D Telstra accelerator. The thing about these enterprises is a small amount of help, from their perspective, can be the make or break for one of these startups. One customer can often bring one of these startups to positive cash-flow.”

Chris Duell, co-founder of enterprise software startup Elevio, told StartupSmart he has seen a “growing community” of like-minded startups launching locally without any sign of startups with b2b models slowing down.

“That’s been helped by an increase in interest in venture capital funding being made in Australia,” he says.

“But it’s also been a slowly snowballing effect helped by events like AboveAllHuman, Pause Fest, Startup Grind and others gaining exposure, and changing local mindset that big things can and do happen here.”

“When you add that to a younger workforce moving their way into management roles, bringing with them a better understanding of tech and its role, it’s a recipe for more local enterprise software companies being given a chance to bloom.”

However, startups don’t have it easy just because companies are beginning to understand the value of new technology, according to Duell.

“With a population less than a tenth of that of the US, it is a great deal harder to reach critical mass in a local market,” he says.

“Not being able to hit levels of critical mass as easily, makes it harder to jump to the next stage of a startup’s life cycle and capture customers who, for example, are waiting on social proof before they come on board.”

Duell says funding can also be a difficult task.

“While there is a growing amount of funding being made available, it’s no secret that better deals can be done when funding rounds are led by US-based firms,” he says.

Allen points out that when it comes to startups aiming to disrupt sectors dominated by large companies, investors want to know the team has specific experience in the industry.

“These guys are looking for a team, a product and a little bit of revenue,” he says.

“The team coming up with this stuff needs to explain why this team is the right one. There needs to be a real shining light in there. You may have an expert, or an ex-industry person. A lot of these things are quite specific in what they do and a lot of expertise needs to be built into them.”

However, there is an upside, according to Allen.

“If you can identify a process or requirement that a lot of businesses need and are doing poorly, and you can make it easy for them, then uptake can be quite quick if you push it in the right direction,” he says.