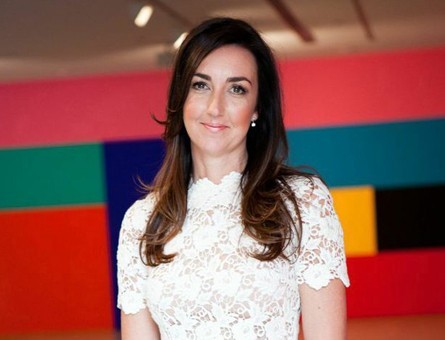 Jo Burston wants to see an Australia where female entrepreneurs aren’t the outliers, but the norm.

“My purpose and passion lies around the fact that I think in years to come when you walk down the street and you ask a little girl what they want to be when they’re older, you’re not surprised when they say they want to be their own boss, they want to be an entrepreneur and they want to change the world,” Burston tells StartupSmart.

To coincide with international UN Women’s Entrepreneur Day, Burston is releasing a book showcasing the stories of 27 Australian Gen Y female entrepreneurs, the challenges they had to overcome, and the lessons they’ve learned.

“No matter who you are you should be able to identify with one of these women.

“It’s about listening to challenges and the strengths of each individual woman. I want it to be highly education and highly inspirational.

“It’s really focused on not just learning about an entrepreneur’s experience, but learning through their problems and how they solved them.”

“I want this book to be in every school in Australia and to be in the hands of all the students in the country,” she says.

“This is critical. I’m a massive believer that you can’t be what you can’t see. We want other women to want to walk the same journey and get past the same challenges.

“You look at the media and you see certain faces a lot, but there are some really new faces in here. Some of these women are role models and they don’t even know it.”

She herself identifies with many of the stories that are told in her book.

“There are so many challenges in the book that I faced in my own journey,” Burston says.

“It was a bit of deja vu. Entrepreneurialism can be learned – I know that because I learned it.

“I’ve learned a lot from these people and I’m in the incredibly privileged position to be able to get insights into how young people have done it, and I’ve applied that to my own business.”

“With every single story there are absolute nuggets of gold to take away in your own business.”

Burston will also be an Oceania ambassador for the international UN Women’s Entrepreneur Day, and says this is recognition of the work Inspiring Rare Birds is doing to help female entrepreneurs. The platform is now used in 83 countries after launching last year.

“That’s what we need to do, we need an organisation that fosters and supports women entrepreneurs to do things on the world stage. This is incredibly important for our government.”

Burston says she’s hopefully the current focus on startups at a federal level will help to address the gender gap in tech.

“I like to think we’ve had a change in the political climate,” she says.

“There’s a lot of optimism around entrepreneurialism and innovation, and the startup scene in general.”

For Burston, she can finally see her vision of a gender inclusive startup sector come to fruition.

“From day one I said it would be a very inclusive community where everyone is welcome, where we can support female entrepreneurs and the entrepreneurs of the next generation,” she says.

“It’s been pretty amazing. It’s been the ride of my life.”