Just get started and build the right team along the way: Rebekah Campbell’s advice to budding entrepreneurs 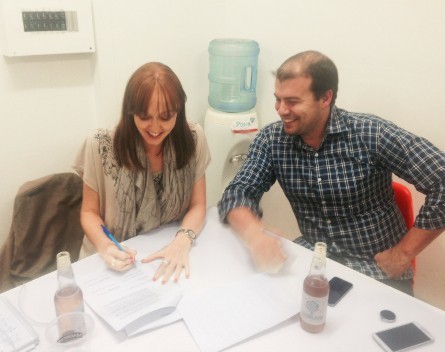 Budding entrepreneurs need to hurry up and take the first step if they are to ever see their ideas turned into a scalable business, according to the founder and chief executive of online shopping network Posse.

Speaking at the Slush Down Under conference in Melbourne, Rebekah Campbell shared her thoughts on the kind of advice she would give the founders and developers of tomorrow.

Launching in 2012, Posse has snapped up $1.5 million in funding a year later in order to boost the company’s marketing efforts. Today, the platform has partnered with 60,000 shops worldwide.

“The biggest piece of advice I can give is just get started,” Campbell says.

“I wanted posse.com and spent $28,000 on it in the middle of looking for a house. Taking that first leap is a really important first step. I learnt so much during that process, so don’t be afraid to just get started.”

Campbell says it’s critical to also think about the startup’s brand strategy – the story behind the company that will get customers talking.

“I think it’s something that’s overlooked in the whole startup ecosystem but it’s so important to get right,” she says.

Campbell came from a music industry background rather than a technical one, and says it was a real struggle to find the right developers.

“If you’re a non-tech founder you just have to find one person you really trust – someone who’s worked at companies like Google or Atlassian or another company that has really high standards and get them to help,” she says.

Finally, Campbell stresses the importance of building the right team. This can be tricky when you’re trying to hire people from companies like Google but don’t have the money to pay them. However, the answer lies in winning them over with the bigger purpose behind the startup.

“Good people want to work at a place that’s all about a higher value,” she says.

“Then I think it’s about a lot of transparency and trialing some kind of structure. Having fun together is also important.”

4. Build the right teamDo you know more on this story or have a tip of your own?