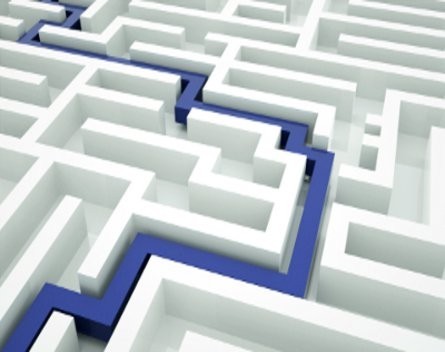 Small businesses can list around 55 issues that hold them back from success, growth and happiness, according to small business trainer and Key Person of Influence chief executive Glen Carlson.

He says that from interviews with over 1000 people running or planning a new business, many were daunted by trying to solve problems ranging from insufficient self-confidence to lacking a good team to spending too much time at work.

“If you’re trying to build a successful business while focusing on solving 55 problems, you’re dead,” he says.

Carlson says he’s identified five core underlying problems associated with the 55 problems, which if addressed should ease a business’s path.

He spoke to StartupSmart about the five problems businesses face and what can be done to fix them.

1. Business owners have a lack of clarity to their core value and how to communicate it.

“They don’t know why they’re different, unique and why people actually buy from them,” Carlson says.

He says the solution is to develop a “great pitch” and pitch themselves in both a commercial and social environment.

2. A lack of credibility.

“There are people who a clear in what they do, but don’t have any weight in their industry to back it up.”

He says communication is the key to breaking the back of this problem.

3. They have the wrong business model.

Carlson says if a business has a revenue model linked to charging for its time, “you’re doomed”.

He says charging by the hour hampers innovation and dooms the entrepreneurial spirit.

“If you’re charging by the hour, you’re not able to capitalise on the value you’ve developed.”

Carlson says the solution is to “productise” your intellectual property.

“You need to be able to identify your intellectual property, what’s the result it’s designed to achieve and how can you package that result.”

Carlson says this problem relates to if someone Googles a business’s name or industry and they’re nowhere to be found.

“A lot of business owners have a bit of insecurity about standing out,” he says, and being seen as a “shameless self-promoter”.

But he warns businesses that if they don’t show up online, they’re also doomed.

“You are who Google says you are.”

“Small businesses stay small because they think they’re small,” he says, noting they try to do everything themselves.

He says the solution is creating partnerships.

“Whatever you’re missing, someone’s got it in surplus,” Carlson says. “The trick is do you have something of value that they want?

“If you can work out how to partner in some way, you can out step this issue.”