Know when you’re “flearning”, not flying 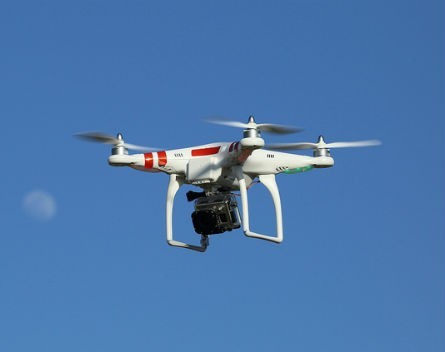 As you will recall, last week your humble correspondent talked to a would-be entrepreneur whose big idea was to use drones to home deliver pizzas.

Despite not having a working prototype or even a pizza oven, they had invested a considerable sum of money – in designing the interface of their ordering app.

Of course, all this just begged the question: Is using a remotely controlled drone to deliver pizzas to a location based on Google Maps actually practical?

Well, if there’s one thing Old Taskmaster loves more than playing with a tech toy, it’s testing one out while slowly savouring a brandy old-fashioned. And helping an entrepreneur to “flearn” – that’s “learning by failing” – is always a motivation.

Anyway, your pizza-loving correspondent invited the would-be entrepreneur up to the Taskmaster Ranch in Parts Unknown, a sleepy hollow located in the Yarra Ranges east of Melbourne. A drone and several pizzas were purchased – then it was time for liftoff!

Almost immediately, a problem became apparent: Just how do you attach a pizza to a drone? Do you mount a pizza box on top, or do you need a pizza box carrier attached underneath? If it’s mounted underneath, how do you land the drone while making sure you don’t squash the pizza?

In an instant, as happens in the general vicinity of Melbourne, the weather snapped, turning as cold as your humble correspondent’s heart.

This immediately raised another issue: A cardboard pizza box on its own isn’t going to protect its contents from the elements. A pizza delivery bag with a box held in with Velcro – the kind pizza delivery drivers use – risks having a pizza slip out, falling on the peasants below. Meanwhile, anything more complex than a plastic tub risks confusing those customers who still haven’t worked out how to use a DVD player.

So a plastic tub with pizza inside was gaffer-taped to the drone, then sent into the skies. Unfortunately, much to Old Taskmaster’s amusement, the would-be pizza drone entrepreneur soon discovered another potential hazard: Unlike the flatlands known as Melbourne, there are many trees in Parts Unknown. Many, many trees. The kind hippies love to chain themselves to.

Worse, there are many of these trees hanging over each and every driveway and garden path in Parts Unknown. And “garden” often means “unmowable, overgrown patch of weeds and ferns”.

Well, like a lost footy after a suburban game of kick-to-kick, there was soon a drone with a pizza-filled plastic tub (attached with gaffer tape) stuck in the upper branches of an old-growth eucalyptus tree, teetering over the driveway to the Taskmaster Ranch.

“Hey entrepreneur! Your app is now buzzing! How are you going to collect your half-Hawaiian, half-Supreme?” Old Taskmaster says, tauntingly, to the would-be entrepreneur.

A few minutes later, there was a would-be entrepreneur climbing a rickety old step ladder, drenched from the pouring rain, trying to pick a pizza in a plastic tub tied to a model aircraft out of a tree.

“I think it’s time to pivot!” the entrepreneur says, looking uneasily at the uneven ground below.

The moral? By all means, think big, dream sky-high, branch out and test ideas. But also know when to admit defeat – that’s what “flearning” is all about. After all, you don’t want a broken pizza drone hanging over your head.