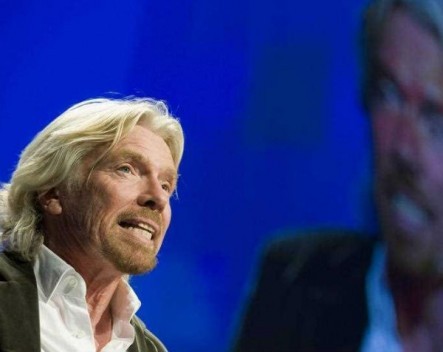 A leadership conference headlined by Richard Branson, Boost Juice founder Janine Allis and Michelle Bridges over the weekend has been slammed on social media by attendees in Melbourne and Sydney for including too little substance.

The National Achievers Conference 2015, held in Sydney last Tuesday and on Melbourne on Saturday, was billed as a chance for attendees to hear from some of the best-known and respected business leaders, with most tickets costing hundreds of dollars.

The event’s official hashtag #nac15, used by attendees at Melbourne’s event on Saturday, reveals many attendees were unimpressed with various speakers, with many referring to talks as sales pitches and some even walking out in apparent disgust.

The NAC Australia’s Facebook page was also inundated with bad reviews following last week’s event in Sydney, with more than one reviewer referring to the event as a “con job”.

“This was one of the worst events I have ever paid to go to… This event was pitched as a conference to hear inspirational speakers and learn, but turned out to be a series of overly salesy info-mericals . A joke and a poor excuse for a conference,” one reviewer posted.

Congress organisers were also called out for not responding quickly enough to the negativity on Twitter.

Jessica Humphreys, a small business owner who attended the Melbourne conference, told SmartCompany this morning it was “hands down the worst event I’ve been to”.

Humphreys, who runs a PR and consultancy business called Social Concepts, says it was the first time she has attended an NAC conference and will probably be her last.

She says the main issue was the substance of the event seemed only to bookend the day.

“It was literally seven hours of infomercials,” she says.

“I understand there are really big challenges with an event to organise, but clearly they didn’t do research about speakers it had.”

Humphreys says her ticket cost about $200 but more than the lack of value for money, she regretted the waste of time she felt it had been.

“As a small business owner, my time is worth something,” she says.

Humphreys also believes a large majority in the audience, which she estimated to be over 1000 people, were dissatisfied with the event.

“I’d say the large majority did not get value from it – we weren’t interested in investing in US property – it wasn’t relevant to us,” she says.

“The other thing is I would go as far to say these salesmen speaking had extensive periods of time (compared to the speakers such as Branson).

“I can’t get my head around it, I’ve never seen anything run so badly.”

But for Humphreys the number one thing was the social media silence.

“When we sat down were told to be involved, to post on social media,” she says.

“But when expressing concerns, we were met with complete silence.”

She describes it as “really infuriating” not to be acknowledged online.

“That upset me more than how poorly the event was run itself,” she says.

“They could have easily acknowledged the sentiment.”

Humphreys says the fallout from the social media silence also included people starting to call Richard Branson and Janine Allis into question for being part of the event.

Yvonne Adele, a professional speaker for 16 years and MC, told SmartCompany this morning while she wasn’t at the event she had noticed the social media backlash being ignored.

She says the organisers could have dealt with it differently.

“In an instant it could flip negative sentiment to positive, by saying we hear you, we need to be more vigilant about vetting speakers,” she says.

“If it just had have said, ‘my bad’, all those people would have stopped.”

Adele says as a professional speaker at similar events she had “never seen anything like it”, and believes the conference might have crossed a line in terms of focusing on sales rather than substance.

“There’s a fine line between having a duty to an audience which paid money to see speakers, giving them value for money and allowing a sponsor to have a platform to sell stuff,” she says.

SmartCompany contacted the organisers of the National Achievers Conference but did not receive a response prior to publication.