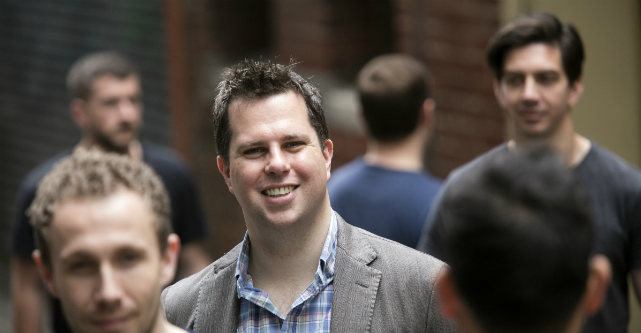 More than 30 of Australia’s startups, hubs, VC funds and accelerators have united to form a national association for fintechs in a “crucial step forward” for the sector and Australian innovation in general, MoneyPlace co-founder Stuart Stoyan says.

Fintech Australia is a new industry body that will represent the country’s fintech community and provide a “united voice for fintech startups in Australia”, with founding members including MoneyPlace, Stone & Chalk, H2 Ventures, Timelio and the Reinventure Group.

The association was announced to coincide with the federal government’s creation of an expert fintech advisory council on Wednesday, which will consult with government on financial technology issues.

The creation of Fintech Australia is an important milestone for the sector, Stoyan says.

“We have a unified vision and together will ensure Australia is competitive on a regional and global basis,” Stoyan tells StartupSmart.

“Fintech Australia is leading the way for how innovative companies can put aside commercial differences and work together to help Australia be great.”

Timelio founder Charlotte Petris says the association will be able to speak for fintech startups across the country.

“The association will provide us a strong voice and vital networks and resources to grow, as well as providing a vehicle to help champion the success of fintech ventures like Timelio,” Petris tells StartupSmart.

For Stone & Chalk CEO Alex Scandurra startups putting aside their differences and teaming up for the greater good is crucial to the development of the sector.

“It’s great to see the fintech community continuing to come together and really driving Australia to lift its game globally,” Scandurra says.

“We have all the ingredients to be a world class centre of fintech and it is imperative for our national prosperity that we take advantage of that.”

Fintech Australia has already submitted a policy position paper to the federal government outlining the “priorities for reform of the Australian financial services industry”.

These include a focus on a coordinated reform agenda, raising the profile of fintechs and generating an “ecosystem of partners here and abroad to compete on a global scale”.

The recommendations include mandatory comprehensive credit reporting for large credit providers by the end of 2016, the development of a “regulatory sandbox” for startups to test products or models and a series of changes to the current equity crowdfunding legislation put forward by the government.

“We, like too many other fintech companies, have had to look overseas to the UK and Asia to find a commercially viable regulatory environment in which to operate,” Tan says.

“It’s time for the government to move on this and make Australia an attractive place to launch fintech startups.”

The inaugural Fintech Australia meeting will be held on March 3rd, where a management committee will be elected and the process of selecting an executive director will begin.