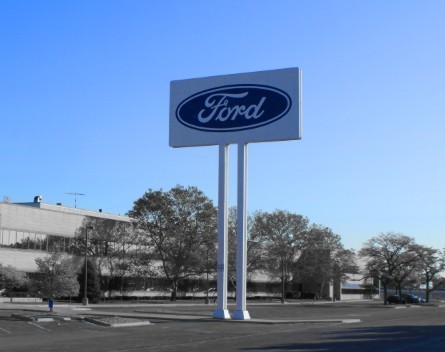 Ford has the opportunity to give the 1200 employees it will soon retrench a new start. The closure of another iconic Australian plant — BHP’s Newcastle steelworks — offers an example.

In 1999, around 1800 BHP employees were left jobless by the closure of the Newcastle steelworks. Their average age was 44, and their average length of service 21 years. As with Ford, there was considerable time between announcement and closure, two years in the case of the steelworks. This gave BHP time to work with unions, the community and government to devise initiatives that would give employees and the regional economy the strongest grounding for a positive transition. The result was an innovative response to the plant’s closure, a key element of which was BHP’s “Pathways” program.

Pathways was a personalised and flexible retraining program that supported employees to train in almost any area of their choice if it was likely to help them find employment. The program was not based on financial constraints or a set training program. Instead, each employee was interviewed about his or her aspirations in a post-steelworks world. BHP would cover whatever was required, including university or TAFE fees, textbooks and flexible work arrangements around study. The scheme gave rise to a wide range of individually chosen career changes — everything from nursing to flying to public relations.

In several instances, employers experiencing a skills shortage approached Pathways and offered guaranteed employment. The match between the experience of the employees and the shortage of technology teachers in NSW sparked collaboration between BHP, the NSW Department of Education and the University of Newcastle. Around 80 employees trained onsite at the steelworks to become teachers. In this case the Industry Recognition of Prior Learning principle was developed to draw on the skills of employees with little or no tertiary education.

When the Pathways program was wound up a year after the steelworks’ closure, around 7000 separate training events had taken place and around 90% of participants were employed. BHP fully funded and managed the program. Despite the unconstrained nature of support to individual employees, the scheme was cost-effective. Employees were offered a bonus payment (on top of redundancy entitlements) if they stayed until closure, but as many were moving into other jobs as a result of Pathways, they gave up this bonus and the salary they would have been paid in the remaining time. That meant the scheme paid for itself.

The success of Pathways  — which becomes apparent when you talk to anyone who took part in it — was that it brought hope and new purpose to a community facing the end of what had been their lifeblood for generations.

As with the Newcastle steelworks, both the Commonwealth and state governments have pledged funding to support economic development and diversification in the Geelong and Northern Melbourne regions following the Ford closure. This support will help to create new opportunities. However, for many Ford workers, years of experience and specialised skills will not necessarily be transferable from sunset to sunrise industries. While the mismatch between declining and emerging industries is in the nature of structural adjustment, a program such as Pathways helps employees to bridge that gap. It may also trigger initiatives, like the Newcastle teacher training program, that use existing skills in new ways.

As Ford brings its more than 90-year history in the region to a close, it has an opportunity to generate new beginnings, and do something momentous for its workers.

*Alicia Payne is an economist and public servant. She undertook a research project on the response to the Newcastle steelworks closure while at the University of Sydney. These views are her own.