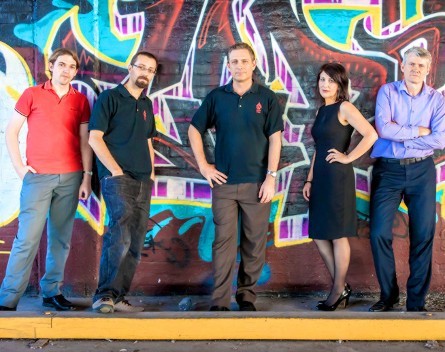 Lord Mayor Graham Quirk described Liquid State in a statement as one of an exciting new breed of Brisbane-based digital entrepreneurs with global ambitions, and praised the team’s focus on local and international markets.

He said high-growth start-up award was introduced to recognise new companies tackling global markets and that are ambitious to achieve fast growth by being innovative.

Liquid State’s chief marketing officer Kit Kriewaldt told StartupSmart the key to growth was getting the fundamentals of the business right. He shared his top three tips:

The most important growth factor is market fit

Kriewaldt says their growth has been launched on the back of two carefully created products that they’re now fusing into one offering after perfecting their market fit following extensive beta testing and consultation.

“The growth strategy we’ve already adhered to really strongly is not jumping the gun and trying to release the whole product everywhere without testing for market fit. Market fit is the crux of growth,” Kriewaldt says.

He says their testing enabled them to test a whole lot of assumptions, realise they were inaccurate and create better solutions.

“You need to know what your target market likes, what they don’t and how they’d improve your product. That kind of information about the market you can’t get from research. You have to show them a piece of the product before they can tell you what they want,” Kriewaldt says.

Having team members with specific skills and clearly defined roles allows a start-up to grow and scale quickly. Kriewaldt says their team composition has boosted their productivity as it allowed them to trust each other and work independently.

“A good balance of roles means we’re more stable, and can scale better and faster,” Kriewaldt says. “We were really lucky that all of our early team had very different skill sets, and each of us has handled different parts of the business without stepping on each other’s toes or placing too much emphasis or investment into any one area.”

Find mentors you can be really honest with

Whether it’s an investor or an adviser, start-ups should seek out experts they can share their worst moments and biggest challenges with in order to get useful feedback.

“This isn’t happening as much in Australia yet as start-up culture is just starting to build here, but there is just no substitute to having two or three really high quality mentors you can go to with anything,” Kriewaldt says.

He adds many start-ups may feel more comfortable sharing information with mentors rather than investor advisers, as they will be more honest with someone whose money isn’t bound to their performance.

“There will always be things you don’t know, and the advice good mentors can give you from their own journey is so valuable. They can really help you with everything,” Kriewaldt says.

Liquid State recently announced $785,000 worth of funding to fuel their future growth.