Love is in the app: Sydney startup Pozee brings reality back to dating 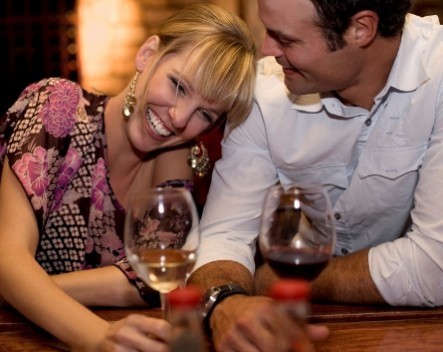 Sibling co-founders Courtney and Joanna Hayes have launched a new app encouraging singles to put down their mobile devices and meet in real life.

Designed around people’s fear of rejection, Joanna told StartupSmart Pozee provides just enough profile information to guide singles out at places like bars and cafés toward people interested in a flirty, face-to-face chat.

“You can reveal as little or as much as you want about yourself,” she says.

Users are shown singles within a 50-metre radius who are open to being approached. They then have the option to log on anonymously and select who sees them.

Profiles disappear when the user is outside visible range or after two hours if added to “Favourites”.

Pozee is modelled differently to popular online dating systems, which have people trying to work each other out over a series of texts or emails with no way of telling what the chemistry will be like in real life. Pozee provides no means of digital communication between users.

Courtney says there tends to be a fantasy world with online dating that feeds on instant gratification and virtual identities boosted by flattering photos, algorithms, compatibility tests and search engine optimisation

“It has just gone too far away from the simple reality of me seeing you and wanting to say ‘hello’. We might be standing next to each other for two or three hours, you might be thinking the same thing and we never say ‘hello’. We just stick to our friend groups,” he says.

Happn, a similar app started up in France that connects users with potential mates who happen to catch their eye in the real world, has proved popular across Europe with downloads rising to more than 300,000 since its official launch in March this year.

Within its first weeks of release, Pozee has gained about two thousand users.

Courtney says they have launched exclusively to Australia with a plan to expand to the US in early 2015.

The sibling team recently kicked off a nationwide campaign to promote Pozee at popular venues and events with promotions commencing in Melbourne at the end of December.