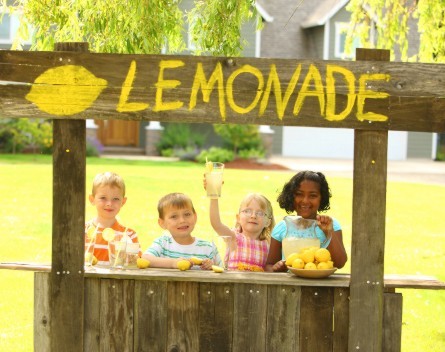 After winning last month’s inaugural Policy Hack with an idea centred on fostering an entrepreneurial spirit in schools, Erin Watson-Lynn made a simple pledge.

“We want to hold everyone accountable and make sure they keep their word,” Watson-Lynn said at the time.

“We want to make sure this happens.”

Now it’s becoming clear that the founder of Generate Worldwide has kept her word, with the not-for-profit organisation signing on its first high-profile and influential patron: Lucy Turnbull.

The businesswoman, former politician and wife of Prime Minister Malcolm Turnbull will be passing on her entrepreneurial knowledge and experience to the 180,000 young children the group wants to be part of its Lemonade Stand Day initiative.

This event will allow children to get a taste of starting and running their own business, fostering the entrepreneurial thinking that Malcolm Turnbull himself as been focused on.

Lucy Turnbull says this is a very important area for the whole country.

“We need to nurture in our very young people the belief that everyone and anyone can be innovators,” Turnbull says.

“Empowering them to believe that with skill, passion and hard work every Australian has a real chance to put their great ideas into action.”

The organisation is all about providing “inspiration” to budding young entrepreneurs and creating a “cultural shift”, Watson-Lynn says.

“It’s about planting the seed of innovation early,” she says.

“We feel Lucy symbolised the potential of young Australians, especially with young girls.”

During the Policy Hack last month, Watson-Lynn estimated that the program would cost $2 per student for a total of $360,000, and it has already been backed by CSIRO chief executive Larry Marshall.

“The future prosperity of our country rests on the innovation potential of our children,” Marshall says.

“And we can’t leave the development of an innovation culture to chance.”