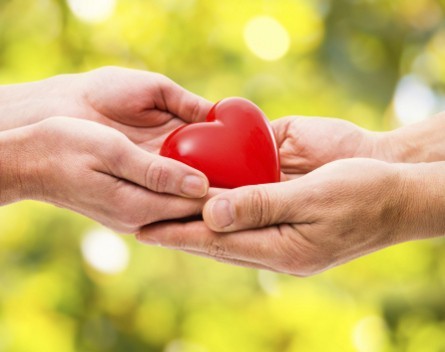 Social Surplus managing director Darren Sharp says Australians are increasingly embracing the share economy, but our major cities should too.

A share economy is a system that empowers uses to share or reuse excess capacity in goods and services, often leveraging technology or online services in the process.

Sharp, who is also the editor of Shareable Australia, told StartupSmart he wants to see Australia’s two biggest cities, Sydney and Melbourne, embrace the share economy by declaring themselves ‘sharing cities’.

“The share economy has exploded in the last 12 months,’’ he says.

“There’s definitely a growing movement and it’s going from strength to strength.”

Sharp says by becoming ‘sharing cities’, Melbourne and Sydney would help to foster the development of share economy based startups, which arise out of a need to solve various problems both in business and the community.

“I think it’s quite likely it’ll happen as it fits in with both Melbourne and Sydney’s sustainability mantra,’’ he says .

Sharp says examples of growth in the movement include 3000 acres, which is working to unlock plots of land for community gardens, and Herbshare, which aims to give communities ready access to free herbs.

Sidekicker co-founder Jacqui Bull says the share-economy has come a long way over the past two years.

“I think in the span of the last two years, since I’ve been involved, we’ve been live for 18 months, there’s been a big change,’’ Bull says.

Sidekicker was launched in 2012 and helps match short-term staff with needy businesses.

“My time has been spent more specifically on the sharing of resources and labour, but there are certain areas that Australians are very receptive to the share economy, car sharing being one,’’ she says.

Earlier this year, Global private car service Uber launched its service in Melbourne, having already built a following in Sydney.

Similarly Car Next Door, a peer-to-peer or neighbour-to-neighbour car sharing service, has 80 cars operating in Sydney and Melbourne, with over 1300 borrowers, who’ve made 3000 bookings and logged of 54,000 hours of driving time.

Airbnb, a community marketplace for people to lease or find a place to stay, is also enjoying success in Australia.

According to an economic impact report undertaken by Airbnb, over 30,000 guests used the service to find accommodation in Sydney 2012-13.

The majority of hosts were over 40-years-old and used the money to help pay their mortgage or rent.

“With the growth of brands like Airbnb, the brand has grown in Australia, its brand has added a level of trust [to share economy based businesses],’’ Bull says.

“But the biggest barrier to the share economy in Australia is government legislation is not supportive enough.”

Bull says while Sidekicker has not run into problems with any specific legislation, the lack of support is the major problem.

“We don’t want to fall behind the rest of the world,’’ she says.

Sharp agrees and says that’s why it’s important for Melbourne and Sydney to help foster the young share economy startups that are popping up.

He says doing so he will provide a “win-win-win” scenario for the community, government and business sectors.