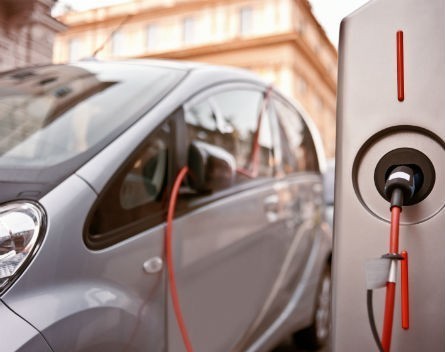 After a slow start, electric vehicles are gaining in popularity. London is now host to an electric car-sharing service, which proved successful in Paris.

Sales of electric vehicles have seen significant rises in the last year. Now Volkswagen has unveiled a battery-powered Porsche that is capable of travelling 500km on a single charge and refuelling in just 15 minutes.

Not that long ago the traditional car industry was accused of limiting the progress of electric vehicles. In the 2006 documentary, Who killed the electric car?, S David Freeman said: “I think the clean car is too important to be left to the automotive industry”. By this he could have meant the stakes for humanity were too high to leave it to the car sector alone to sort out the solutions. But recent years have seen numerous big brands join the race to lead the electric car market – from Nissan and Renault to VW’s Audi and now Porsche models.

My colleagues and I studied the experience of early electric vehicle users and sought to understand the gap that seemed to exist between people expressing concern for the environment, but not changing their consumer behaviour when it came to the cars they bought.

People tend to have two aspects to their decision making. They have a rational, cognitive side and they have a more hedonistic one that cares more about aesthetics than the practicalities. Both matter for people deciding to live more sustainable lifestyles.

When it comes to electric vehicles, we found that people want to feel special in the vehicle they are driving. This was also apparent in the case of electric motorbikes. The exhilaration of riding ank electric bike was compared to “riding a magic carpet” by one interviewee who felt his bike allowed him to get closer to nature than ever before.

Other people highlighted the importance of the fun aspects of using an electric vehicle. For instance 30-year-old Aaron described why he preferred riding an electric motorbike:

What I want it to sound like, and what in fact you get, is more of the experience of the wind whistling past you … the stuff that’s happening in the world around you. It’s more of a breathtaking and exhilarating experience because the world isn’t being drowned out by the sound of a motor.

In terms of being closer to nature, he said:

You definitely have to be more careful around animals and things like that because you can come by them quite quickly. My first ride I think I saw two deer and a turkey, all of which saw me and I coasted, I sped right by them and they just kept on with their activities.

It was so smooth. And the acceleration was so instantaneous that I loved it … you’re essentially distilling the motorcycle experience down to its most simple element. Not unlike surfing, where with a simple twist of the throttle and a shift of weight, you can glide through turns.

You’re actually more aware of your environment on an electric motorcycle than a gas bike, because you hear things. You’re going to hear an ambulance a lot sooner [and …] you forget that you’re on a motorcycle entirely. It’s almost like sailing on a road, because there’s no distraction with vibration or noise or smell of exhaust.

There are still issues to overcome. Anxiety over electric vehicle battery life persists among many people despite the extensive work by the government’s Office for Low Emission Vehicles. Progress is being made in terms of infrastructure provision, for example 16 rapid charge points were recently built across Cornwall for low emission vehicles. These new charge points enable members of the public to charge their cars in as little as 30 minutes. The roll out of this infrastructure across the UK remains a key factor in seeing more electric vehicles on the road.

It’s important to remember that electric vehicles provide a viable alternative to petrol and diesel emissions that clog our city atmospheres. Their rise will contribute to safer cities for citizens in terms of air quality, levels of noise pollution and more enjoyable places to live. And, if we create great vehicles which make people feel like they are having fun, and not having to sacrifice part of their lives, then more people are likely to embrace the change.