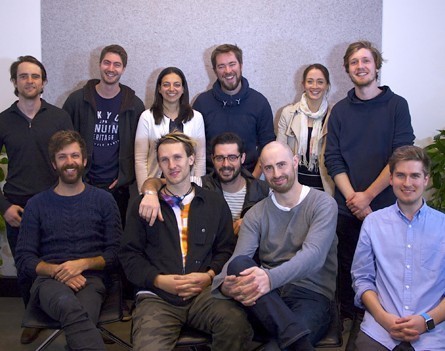 Melbourne-based medical management startup HotDoc has raised $2.2 million from a series A funding round, with AirTree Ventures being the lead investor.

HotDoc aims to bring doctor-patient communications into the 21st century through its software tools that facilitate appointing booking and confirmations, return appointment notifications and help to reduce no-show rates for GPs.

The startup has signed up over 3500 GPs and secured multi-year contracts with corporate partners Sonic Healthcare, Healthscope and ZedMed.

HotDoc CEO Ben Hurst says the round values the startup at around $10 million.

“It’s not just the money; it’s the expertise that AirTree offers. They’re one of the few VCs in town that understand healthcare.”

The cash injection will go towards scaling the business and developing new products, Hurst says.

“It’s going to go towards growth,” he says.

“We’ve had very limited marketing just by the nature of bootstrapping it so far. This will allow us to get some bodies on the ground and have a stronger presence in the medical sector.”

“We’re pretty ambitious about future products and we’re keen to go from the front office to the medical office. We plan to build products that allow patients to self-manage their health.”

Hurst, who works in the medical field, founded the startup following his own personal experience in the industry.

“Both my parents are doctors and our dinner conversations often revolved around the entrenched issues they face every day, the bureaucracy and government intrusion,” he says.

“So that sparked a desire to form a startup and try in my own small way to assist GPs and other doctors in providing good medicine.”

HotDoc sets itself apart from its competitors due to focus on the doctor-patient relationship, rather than pitting medical offices against each other, Hurst says.

“We decided that instead of developing a large directory portal, we would try to create a much more practice-centric model,” he says.

AirTree partner Daniel Petre says it was the HotDoc’s place in the market that attracted him to it.

“We found that HotDoc had achieved the best traction in market with the least resources by eschewing the prevailing director model in favour of a model that deepens existing doctor-patient relationships,” Petre says.

“The team is heavily technology focused and exciting product releases over the next 12 months will underpin a further acceleration in adoption.”