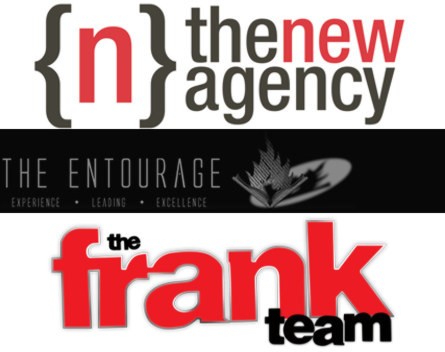 The last few years have seen an unprecedented rise in the number of incubators and co-working spaces for local start-ups, not to mention increasing interest from traditionally risk-shy investors.

Now organisations such as The New Agency, The Frank Team and The Entourage, which offer entrepreneurs a range of services, from mentoring to software development, are looking to tap into the start-up scene.

So should you deploy the services of this new breed of business agency? Or is it a better bet to go it alone?

StartupSmart speaks to three of the main agency players to find out what’s on offer.

The Frank Team is a video membership platform for students and young professionals, promising to help them become the “CEO of your career”.

Managing director Natasha Munasinghe says the organisation counts mentoring as one of its major strengths.

“We do a lot of mentoring, not so much for early stage start-ups but young business owners who have been in business for a year or two,” Munasinghe says.

“We run them through workshops and introduce them to other entrepreneurs.

“The most obvious asset or [positive] feedback we get from people who have been through the program is pairing them up with a mentor.

“The second thing, and one of the most important things, is to be connected with fellow people; fellow entrepreneurs.

“When you’re just starting out it’s an isolating journey. Hearing someone else is in the same boat as you… is in itself reassuring.”

Munasinghe says while The Frank Team can give entrepreneurs access to mentors and advisors, offering specialist advice is not its forte.

“If you need specialist sales and marketing [advice], a mentoring program might not be the best space… You need to talk to a sales or marketing coach to take that next step,” she says.

Alan Jones, who heads up The New Agency, says people who work for organisations such as his own are also more pressed for time than a specialist.

The New Agency helps start-ups “begin the journey to becoming household names” by way of software development, design, marketing, advertising and social media, among another things.

“It takes quite a lot of collaborative thinking to build a business than can run lean enough to be able to afford start-ups,” says Jones.

“It’s such a fast-growing, changing industry – whoever I employ doesn’t have enough time to stay on the edge of what’s happening. They have to always be billing their time out.”

The New Agency has, however, found ways to counteract this.

“We’re working mainly with freelancers and part-time project people. We’re trying to work with people who have a few direct client relationships of their own,” Jones says.

“We also prefer it when people are working on a start-up idea of their own because then they can have more empathy for a client.”

When deciding whether a start-up agency is right for you, Jones says it’s important to consider the value of your existing contacts and any time or financial constraints.

“I think a lot there would depend on the depths of your own network. Speak to most entrepreneurs and they will say the hardest thing is trying to find people,” he says.

“If you’ve got a year off from work and your partner’s prepared to let you pursue your dream for a year, or you’ve got some capital or an overdraft on your home loan… then you really need to get cracking and then an agency is a better solution.”