Melbourne’s startup ecosystem: where to from here? 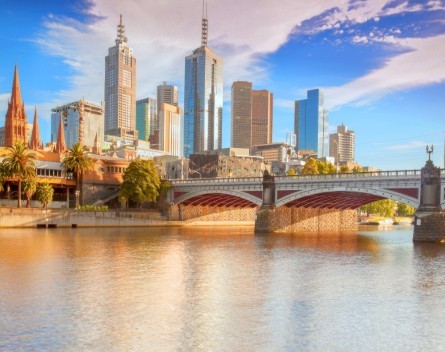 Software is eating the world, or so it goes.

Only a few decades ago, software didn’t exist, and now it is so pervasive one struggles to think of an industry that has not been affected — drastically — by software. An impact so rapid it is unheard of in recorded history.

What’s more, many forecast that this march of technology is only in its infancy, as the “Law of Accelerating Returns” (see Moore’s Law) continues to predict technology halving and price and doubling in power every couple of years.

Onwards to a singularity, the moment when software becomes more intelligent than its creators, and doesn’t look back. Dystopian futures aside, the opportunity technology presents at this present moment can be likened to the gold rush era of the mid-1800s.

Startups – defined as “a human institution designed to deliver a product or service under conditions of extreme uncertainty” by Eric Ries, author of The Lean Startup – are driven by entrepreneurs: modern-day miners with a charge to change the world.

Armed with keyboards and coffee as opposed to pickaxes and pans, these software slinging teams are choosing industries like gold-diggers chose sites. Flocking in droves to market inefficiencies. The trail of disruption in their wake as damaging as any of yesteryear.

Look at some of the most powerful companies of today, many are of the technology variety. Google, Apple, Amazon, even Microsoft, SAP, and Oracle — all considered old school technology companies — have been around for some 40 years at most. No other sector has produced so much in such a short space of time.

A recent result of this nascent industry has been the development of best practices. Founders are rallying around the “build-measure-learn” discovery process, as they go out by the hundreds, hunting down potential customers and validating business hypotheses.

There is a myriad of educational resources: covering design, development, and all things business, giving entrepreneurs the tools they need to get things done. And when you combine all this with the improving efficiency of getting started — what used to require tens to hundreds of thousands of dollars now requires hundreds to low thousands — it means the opportunity is available for almost any who seek it.

However, the path to success is littered with failures, and a founder’s dream of changing the word, while more accessible, remain as difficult as ever to execute. The key to nurturing founders and startups with world-beating potential is a vibrant startup ecosystem.

The ecosystem provides support, networks, knowledge, and know-how. It provides the infrastructure to get started and grow, and a pool of talent with which to draw founders and early employees. They say it takes a village to raise a child, the same could be said of raising a startup.

Here in Melbourne, the startup ecosystem is still in its infancy. The last few years have been a particular boon, with many more mature, funded startups establishing themselves in the local community.

This trend aligns with the growth of ecosystems around the world. In a recent survey, Melbourne was ranked as a top-25 startup ecosystem, one spot behind Sydney. An impressive achievement to be sure, given the geographic disparity, small population (i.e. small economic market) and relative youth compared with ecosystems like London and Tel Aviv, which have long churned out world leading technology companies.

The question then is what’s stopping us from being better? Why can Melbourne not be a top-10 startup ecosystem, or even top 5? The answer comes in four parts: Ambition, or lack thereof; mainstream perception of software developers; non-existent pathway from university into startup; non-transactional local investor community.

These are the reasons that keep us from improving as a startup ecosystem. Note that these are the obstacles that we can do something about. Distance and market size are hurdles, but ones we have to accept and work with.

To put it bluntly, local founders lack ambition. Too many set out to make a me-too company and win the Australian market, rather than trying to build something truly innovative and compete globally. Coupled with this lack of ambition is a lack of urgency.

Compared with the hustle of entrepreneurs in the US, founders here move at a glacial pace. Part of the problem is poor awareness: If you’re moving faster than everyone around you, you feel good, you feel like you’re going about it the right way.

When we take AngelCube startups on the US roadshow at the end of the program, it is an eye-opening experience for our startups to see and meet their entrepreneurial counterparts, whose founders are acting with twice the urgency.

The way to overcome this problem of ambition is via education. Programs like AngelCube, MAP, and Founders Institute help. Successful and experienced ex-pat entrepreneurs returning from overseas and getting involved in the startup community also speed things up. Like a village, our children need role models to learn how to behave.

Perception versus Reality of Software Developers

Each year, for over a decade, industry demand for software developers has increased. Not surprising really. Supply on the other hand is decreasing. In fact, university enrolments in computer science degrees have steadily decreased year over year during the same time period. Yes, you read that right, decreased.

This trend suggests a rather large disconnect between the perception of developers amongst students and the reality of the developers in industry. Whilst in startups “coders” are often referred to as rockstars or ninjas, it’s likely that amongst students the perception is of some neck-beard lacking elementary hygiene skills, tucked away in a dark room not much bigger than a closet. And there doesn’t appear to be any initiatives currently tackling this problem. Perhaps we can take solace in a current shift towards engineering and away from law in the US.

Put simply, coding has an image problem. And as it involves the young, this needs to be tackled both at the school level and at the parental level.

Non-existent pathway from university into startups

The dominant pathway for top university graduates is straight into a corporate job. Very few choose, or even consider, going out on their own. The common pathway into entrepreneurship locally is via a corporate job or working as a freelancer, some years after university.

This is in stark contrast to what you see in the US. Where Stanford, Harvard, and MIT are veritable breeding grounds for founders, and the status “drop-out founder” is worn as a badge of honour. Our local universities are starting to catch on but the going is slow.

Over a decade ago, along with the first dot-com boom, the business plan competition appeared. First in Melbourne by the Melbourne Business School, then championed by RMIT. Now that we know better, and business plans are out of fashion, we’re starting to see university-driven accelerators.

This time it’s the engineering department out of the University of Melbourne that has taken the first step, and in the three years the program has been running, it has seen fantastic results. Monash is trialling something similar, but as yet there’s no word out of RMIT or Swinburne — universities with the most popular computer science programs — about doing something similar.

Whilst complaining about investors is something that startups take part in all over the world, it certainly appears that on a local level our startups are losing out. Ignoring the media hype about “brain drain” (we should expect to see successful startups set up office overseas as part of their natural progression into world leading companies), the difference in terms being offered to startups here versus abroad is marked.

Current state of the art funding in San Francisco is very much “founder friendly”, terms from local investors tend to be anything but. And whilst we can’t expect the same level of investment that happens in the US, one would think the difference between levels of investment across Sydney and Melbourne would be minimal.

Yet a quick look at the relative portfolios of two leading Angel groups shows that Sydney Angels have made nearly twice as many investments as their Melbourne counterparts: 31 vs 16. Sadly, the transactional nature of our “big city” neighbours appears to give them the edge over our more risk-averse investor community.

In summation, we’re doing well, but could do better. The things keeping us down — that we can realistically do something about — are identifiable and actionable. And, in most instances, there are initiatives set up to tackle the problems outlined. But like any good entrepreneur we’re impatient, things need to go faster, we need more urgency, more of a concerted effort in tackling these problems.

As an ecosystem we need to make more noise about our successes, we need to be more aggressive getting talent into the space, and we need to work together in order make this happen. Melbourne is one of the most liveable cities in the world, let’s make it one of the most entrepreneurial too.

There’s a few problems not mentioned, which are problems nonetheless. These include; our small population and therefore small economic market; the Australian government’s prohibitive Employee Share Option Plan (ESOP) which makes it hard for startups to attract world-class talent; and a tall-poppy culture that restricts our celebration of entrepreneurs. These are certainly problems faced, but they are not Melbourne specific problems.