Minimal meetings and managers: the tech companies shaking up the “big company” mentality 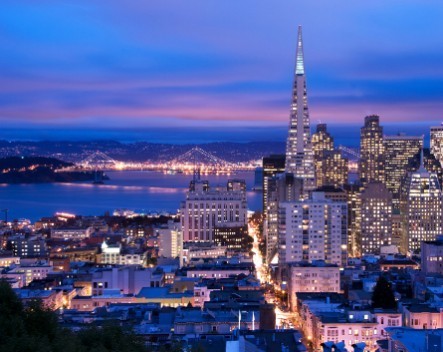 Vending machines full of free Apple products, fully catered meals, band rooms, huge cafeterias that look like any on-trend café; the offices of Yammer, Dropbox and Stripe leave a lasting impression on anyone that is lucky enough to score a look-in.

As part of the AngelCube tour of San Francisco, this year’s startups got a small taste of what “non-corporate” could look like. In a bid to attract the best talent – the number one priority that all startups identified as their pain point – tech companies have reimagined work life. And it looks good.

But perks are only a small part of what creates a culture at these companies.

For Stripe, whose home in an old trunk factory in the Mission District of San Francisco, the focus is on employing people that they would happily spend time with outside of work.

They’ve made internal transparency a big focus and keep all email “open” which means that anyone within the company can access all communication in order to find out what is happening elsewhere and reduce the inclination for teams to work in silos. A “nombot” also announces lunch where everyone heads to the kitchen to spend time together. Meetings are kept to a minimum.

At 150+ employees and growing fast, it’s still much smaller than Dropbox at around 800. The scale of Dropbox is evidenced by the fact it takes up an entire floor of a large building based down near the Giants ballpark that spans almost a block.

It’s not uncommon for employees to be spotted on scooters getting from one side of the building to the next. Like everyone else experiencing huge growth, Dropbox is investing a lot of time making the right hires, and trying not to compromise on that even when departments are crying out for more staff.

Yammer has probably had the most interesting journey in that it was acquired by Microsoft in 2012, just after it had moved into its new headquarters on Market St, in the same building as the Twitter office.

As a result the desks that were put aside for growth remain empty, but most importantly they have tried to resist the Microsoft mentality (or the perceived “old business thinking”) and keep things as close to the original Yammer vibe as possible.

For those who have been with the company from the beginning that has not always been an easy battle, and the slightly barren vibe indicates they have not had an outright win on this front.

For now though, the bright blue and green common areas are inviting enough for groups to sit down and relax together, or talk at length about a new feature.

Indeed, holding on to that startup heart seems like a worthwhile pursuit.

For myself, it was good to see that big companies still aspired to be little companies too. Well, ones with great internal restaurants attached to them at least.