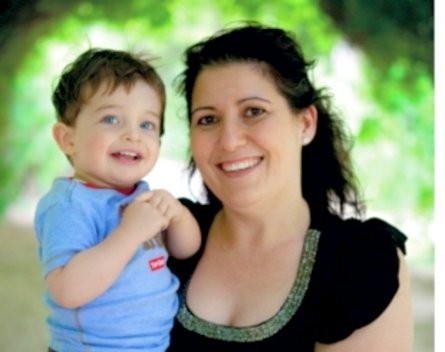 Belinda Jennings, co-founder and chief executive of pre-loved classified site Baby Bargains Australia, has launched Mum Central, a new site to broaden the brand and entice a whole new realm of advertisers to her business.

Jennings told StartupSmart the content-driven site was a natural spin-off from Baby Bargains Australia, as the community has always been core to their value.

“When we started, I just wanted to allow parents to buy and sell pre-loved products, but we morphed into a community and really tapped into the powerful nature of peer to peer advice,” Jennings says. “I have always been collecting the conversations knowing that one day they would be so powerful if all put in one place because there is just so much demand.”

After registering the domain Mum Central last year, Jennings says she was spurred into acting on these inklings after conversations with several advertisers she was liaising with for Baby Bargains.

“We got a lot of pushback from brands who didn’t want to put their brand on something just for babies or about bargains, because it might be cheapening or limiting the brand. I was aware of this and thinking ahead to the next step,” Jennings says.

Part of preparation for the next step was preparing a network of social media pages so Baby Bargains and Mum Central can offer targeted solutions for advertisers.

“Mums are the most highly sought after demographic for advertisers and it is competitive,” Jennings says. “We have 10 different Facebook pages and page managers across the country. We’re working with a more powerful mum-to-mum dynamic than expert-to-mum dynamic, and that’s how we’re different.”

The new site has become the core of the business for Jennings, who adds she’s keen to get out there and connect with advertisers as she’s found sharing her own story, both as a mum and an entrepreneur to be one of the most powerful tools she has.

“A lot of people see me as a mum who is running a community, but I’m also an entrepreneur who is hungry to develop the opportunity to be innovative in this very competitive space,” Jennings says.

“There are massive opportunities and they fit perfectly for the way we’ve built Mum Central. We’ve got a lot of big ideas to develop the company to drive revenue while keeping our freemium model working.”

Jennings, who graduated from two intakes of the ANZ Innovyz Start program and raised $250,000 in seed funding shortly afterwards, has begun raising a Series A round of $1 million.

Jennings says the funds will go towards scaling their offering across the country in preparation for an exit in three years.

“We have a pretty clear exit strategy in the next three to four years. We’re planning on an acquisition exit, probably by selling the sites to one of the key media companies,” Jennings says. “We’re doing everything a bit differently, and we believe that the growth and engagement will make us very appealing. Also the three and a half years of data we’re sitting on and developing will be quite valuable as well.”