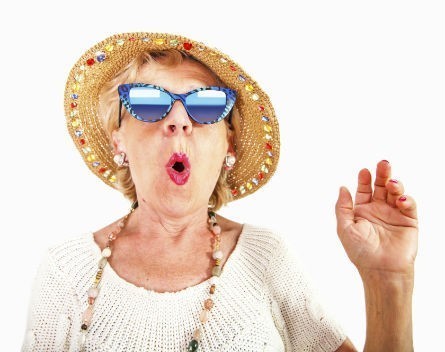 After struggling to find the perfect present for his mother’s birthday, Michael Goudas came up with an idea to help others faced with the same predicament.

Goudas developed and pitched the idea in the space of 54 hours as part of the Startup Weekend Adelaide, and he and the rest of the Giftoid team eventually wrapped up the top prize.

They’ll now be off to Venture Dorm with a scholarship, and will also receive $3000 of consulting services from BDO, and six months co-working space with eNVIsion.

Giftoid is a personalised online shopping platform that tries to help users find the perfect gift for a loved one.

Goudas, a former financial analyst in the banking sector and current treasury accountant in Adelaide, says it was a focus on the numbers and business plan that set them apart from the 12 other competitors.

“I think what differentiated us was that not a lot of the other people actually focused on the business aspect,” Goudas says.

“I was able to be a little bit more realistic with my expectations, and maybe that’s something that rang true with the judges.

“We had a good balance with the pitch,” he says. “We covered off on a lot of things, and we had mock-ups of the website, some sales, and we’d thought about how we are going to manage this business.”

Organisers say the Startup Weekend 2015, the sixth time it has taken place in Adelaide, reached capacity with about 100 people.

It was a “massive rush” to go from pitching the initial idea on Friday night, gathering a team together, developing the startup, and pitching it to a panel of judges on Sunday night, Goudas says.

The Giftoid team initially wanted to trawl through social media pages to find information about the individual to help recommend a gift, but this was soundly knocked back by a visiting lawyer. They’re now focusing on a short series of questions put to the user about the person, as well as a cost-sharing service for group presents.

Goudas says they sold $4 personalised thank you notes over the weekend to test the concept. Giftoid won’t be focusing on advertising initially, he says, but will instead look to make the user experience as easy and enjoyable as possible.

“If you have a crap service, you can spend as much as you like on advertising, but then the customers aren’t going to come back,” Goudas says.

“Word-of-mouth is very, very powerful, and that’s how I want to grow in the beginning, and through social media.”

The startup team will be starting the scholarship at Venture Dorm in the next few weeks.

“It’ll be my first time actually running a startup, so there are a bunch of things I don’t know about,” Goudas says.

“There’s a massive list of things you have to do, and Venture Dorm will help to guide us through the correct order to do things and where to spend our time.”

After the scholarship is over, the team will decide how to take Giftoid forward in the future.

“If after the 12 weeks it has real legs and a level of backing, we’ll go from there,” Goudas says.