Muru-D looking for startups with an enterprising angle 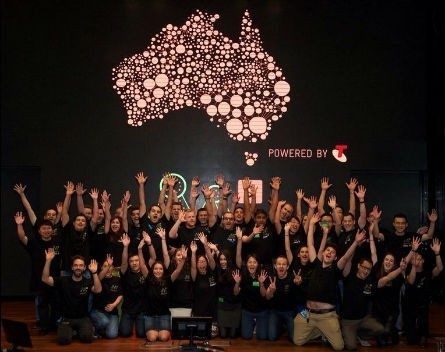 Australian startups need to embrace the wealth of opportunities on the enterprise side of business, muru-D co-founder Annie Parker says.

The Telstra-backed accelerator has just opened applications for its third Sydney batch, and Parker says she’s on the lookout for startups servicing enterprise.

“It’s a really significant space for startups to work in and fix real-world problems,” she tells StartupSmart.

“You can see a business model very quickly and it’s easier to monetise. On the consumer side, with consumer apps you typically need hundreds of thousands of users and probably have to do a freemium model from the start.”

As part of the six-month muru-D program, 10 startups will receive $60,000 in seed investment in exchange for 6% equity in the company. The businesses will also be given access to business support, co-working space and mentoring.

This time around, one of these startups will be media-focused, with muru-D penning a new deal with Seven West Media.

As part of the partnership, one of the successful startups will receive mentoring and support from the group to “grow and scale”, while Seven West Media’s chief digital officer Clive Dickens will sit on its advisory board for the six months.

This will help one media-focused startup to excel and grow rapidly, Parker says.

“Seven West Media is bringing a commitment of resources and access to resources,” she says. “They can help a media startup to genuinely move forward and scale their businesses.”

This could also be a “blueprint” for future corporate partnerships and collaboration for muru-D, she says.

“We’re meaningfully involved with the startup ecosystem in creating ways in which we can bring in other really great, experienced people within the corporate Australia sector who can contribute to the health of the ecosystem,” Parker says.

As well as the two rounds in Sydney, muru-D has also run one in Singapore, has two partnerships with the Icehouse in New Zealand, and works with River City Labs in Brisbane.

Since its launch in October 2013, muru-D has seen 34 startups go through its accelerators in Sydney, Brisbane and Singapore.

Parker says the core elements of what muru-D looks for in a startup are still the same.

“The biggest thing we’re looking for hasn’t changed at all,” she says. “They’re early-stage startups, usually at a prototype stage.

“Realistically what we’re looking for in the teams is passion and credibility in building the idea.”

“The entrepreneurs that tend to do well in muru-D are experienced in the industry in which they’re trying to operate, or have a massive passion in wanting to fix a problem from a personal perspective.”

But Parker says the program has developed to provide more of an emphasis on the world stage.

“We figure out very quickly that whilst it’s important to bring in the best people, it’s about reinforcing the position that they need to think globally from day one,” she says.

“We’re ensuring there are international mentors in the course that are experienced in taking startups to a large market.”

To do this, the accelerator program now includes an international trip for all the startups three months in.

“The trip is such a big asset to let startups see it from themselves rather than just hearing the feedback from mentors,” Parker says.

“It’s about understanding how hard you have to work to make a business work on a global scale.”

In terms of advice for hopefully applicants, Parker says it’s important to know who you’re pitching to, and make sure it’s the right fit for your business.

“There are so many options out there for startups now, it’s fantastic,” she says.

“The opportunities for startups are such that they have a choice, and you need to make sure you make the choice that’s right for you.”

Startups can apply for muru-D SYD3 here, with submissions closing at the end of October.