My part-time venture: How to juggle a job with your own business 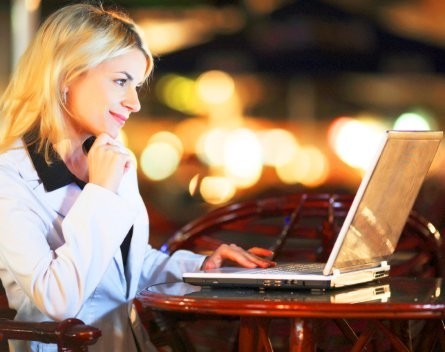 Rachel Main gets up at 5am every day to work on her business. Then, she races out the door to her full-time marketing job for a bank.

Once she gets home, she spends another couple of hours working on her online kids store, www.mytwonanas.com.au. She snatches more time working to build her business on weekends.

All up, she spends around 15 to 20 hours a week on the e-store, around her full-time job. The site isn’t earning much yet, but the goal is for the income to be equivalent to what she’s earning in her job in the near future.

“In the set-up phase, I did take a day a fortnight off in annual leave for a few months. The company loved it, as so many now want to reduce their annual leave liability.”

But there have been hurdles, including not being able to secure a business coach in the early days.

“I wanted a business coach during start-up, but it’s not until at least you have launched the business that you can get one, and then often they’ll only work with you after you’ve been making a profit.”

Rachel is one of the many Australians working, often full-time, while building their start-up on the side.

Statistics from Bigcommerce paint the picture. It analysed 1788 online stores and found that about half (48 per cent) of all activity was taking place between 5pm and 9pm, with a surprisingly large amount of activity occurring after midnight.

At 1am, more than a third of Bigcommerce retailers sampled were working, and at 3am, there were still 335 out of the 1788 retailers actively working on their stores.

Eddie Machaalani, co-founder of the e-commerce platform says it’s easy to open up and run an online store, prompting many Australians to launch hobby stores to supplement their income.

“They are essentially moonlighting, working a day job and then coming home to tend to their online store,” he says.

While it’s extremely challenging to juggle a job and a start-up, for many, the promise of one day being able to quit their job makes up for the long hours.

Deirdre Tshien works a whopping 95 hours a week. She juggles her time between her full-time role as a strategy manager for a retail bank in Sydney and a chocolate dessert bar she opened three months ago, The Choc Pot.

She’s exploring franchising opportunities, expanding her product range and also opening more shopfronts, but will only make the leap out of paid employment when the business builds to a size where she doesn’t need to rely on her corporate role.

Her advice for others working big hours is to find a way to get some sleep and eat properly. “It’s exhausting trying to balance it all and not at all fair to the corporation or your own business if you’re tired and can’t compartmentalise between corporate work time and your own business work time,” Tshien says.

“When I’m at work, I focus on work as much as possible, except for the odd phone call or email that can’t be avoided. It’s also really important to stay healthy as the business depends on you to be both physically and mentally fit to run it.”