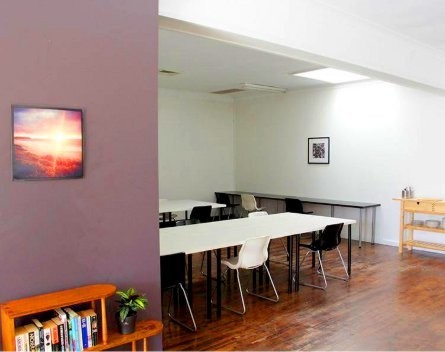 Wollongong is set to receive its first co-working space with the launch of Corner Table, which will aim to boost the town’s fledgling start-up scene and counter its blue-collar image.

Corner Table, located on the corner of Crown Street Mall and Kembla Street in Wollongong, will open its doors on May 27. It is the brainchild of Wollongong resident Jordan Gillman.

“I’m a freelance web designer/developer who got sick of working from home and decided Wollongong needed a co-working space,” Gillman told StartupSmart.

“It’s been a long slog but it’s finally here. We’re opening up next week for founding permanent desk members and hopefully the week after for part-time/hot-desk members.”

Gillman is confident there is enough demand for a co-working space in Wollongong, which is attempting to make a name for itself as a major regional start-up hub. The town recently hosted its first hackathon.

Wollongong is also home to an incubator called StartPad, which is part of the iAccelerate initiative and led by the University of Wollongong.

Corner Table will run as a side project of Jordesign, Gillman’s freelance design consultancy. It will aim to funnel all membership funds back into the running and improvement of the centre.

The space is open to designers, developers, artists, writers, freelancers and businesses owners who want to work in a creative and collaborative environment.

It can accommodate around 25 people, who will have access to unlimited WiFi, a convertible meeting and chill-out space, a kitchenette, and regular networking and social events.

There are also plans to establish an open device lab, where web and app developers can test concepts on a range of devices.

“I really like the idea of being able to open up a wide range of services for people to do website testing on. The first [open device lab] I’ve heard of in Australia is one in Newcastle called Izilla,” Gillman says.

According to Gillman, Wollongong suffers from a major brain drain.

“There are limited options down here… If you’re looking for full-time employment or have a great idea, everyone heads off to Sydney,” he says.

“That’s where all the money and opportunities are.”

“There was this image of Wollongong as a steel town and that’s still true to a certain extent,” he says.

“However, I’ve seen over the two years [that I’ve lived in Wollongong] the pockets of start-ups and pockets of artists – kind of collectives – and little independent craft stores and all sorts of things start to influence what’s traditionally a blue-collar, no-nonsense kind of town.”

Gillman says while there are added challenges of being a regional start-up, there are some pros.

“It’s true that the cost of living is cheaper and that’s certainly an advantage for people who are bootstrapping and starting from small. I can offer cheap space at a rate that is much cheaper than Sydney,” he says.

“The environment here is so laidback and relaxed. I think that just helps people to do interesting stuff.”