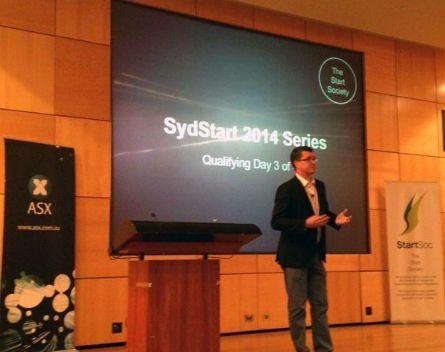 When SydStart launched, Cooper was looking to fill a need in Sydney’s burgeoning startup ecosystem. Now, six years on, he sees a need for another Sydney co-working space, focusing on very early stage startups.

The co-working space – which is yet to be named, Cooper says he’s open to suggestions – will be located at 234 Sussex Street, Sydney, about a five minute walk from Town Hall Station.

“We are pretty confident there is a gap in the market,” he says.

“The mainstream co-working spaces are either full or close to it. And that’s at a relatively high price point. We think there’s an opportunity, not in the budget end of the market, but getting back to basics.”

The idea is this new co-working space will provide all the basics you’d expect from a co-working space, with roughly 1000 square metres of working space. Sydney co-working space Fishburners is expecting to be full by the end of the year, and as such Cooper says it would begin referring people to the new space.

“We’ll have the bias of being about half the price of the top of the market, and we really want to go for volume,” Cooper says.

“Still curated, but volume, because when you go into a small co-working space one of the challenges is you don’t have other people interested in the things you’re specifically interested in.

“So the opportunity is that we will just try and focus on curation, like Fishburners, and we will start with 100 square metres, hopefully doubling in the next 12 months, and we’d be able to get enough critical mass to create those micro communities. That’s one of the key drivers.”

The new co-working space will take advantage of SydStart’s large network of contacts, Cooper says, and will aim to hold 10 lectures a week to help its support members.

The exact launch date of the new space is still being finalised, although Cooper says he hopes it will be open before Christmas.

For more information or to apply, head over to sydstart.com/desks.