Newspapers’ ongoing search for subscription revenue: from paywalls to micropayments 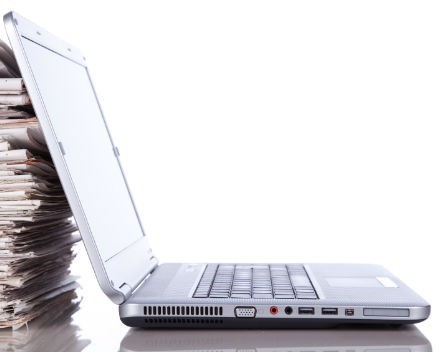 It’s no mystery that newspapers are struggling to make money: between 2006 and 2014, the industry lost approximately 30 billion dollars in advertising.

In response, many news publishers have experimented with ways to increase digital advertising revenue through native advertising, or through collaborative models like the recently-announced Facebook Instant. Still, many newspapers continue to tinker with paywalls – which require readers to pay to access online content.

But are paywalls viable?

So far the record is mixed. For some publications like The New Yorker they seem to be working, while other newspapers like the Toronto Star are getting rid of them.

It’s difficult to discern the exact trajectory of this moving target – especially since reliable data on their revenues are often unavailable – but there are noticeable trends. As the paywall model continues to evolve, other revenue models are emerging, including another tactic used by news publishers: micropayments.

A brief history of paywalls

A paywall basically acts as a barrier between an internet user and a news organization’s online content. To access the content, users must purchase a digital subscription.

While most newspapers only began experimenting with this model in the past few years, a longer history traces back to The Wall Street Journal, which launched the first paywall in 1997. Despite its success, general news outlets feared that launching a paywall would reduce online readership and digital advertising revenue – a tension that continues today.

In 2009, with newspaper revenue plummeting, a lively debate erupted over the paywall model. Publications like The Guardian,The New York Times, Time Magazine and The Atlanticpublished op-eds debating the paywall model’s viability.

Even Mark Cuban weighed in. The renowned entrepreneur and owner of the Dallas Mavericks argued that newspapers should put their most valuable content behind a paywall and partner with cable companies to offer customers a heavily discounted digital subscription rate (such as five cents per month).

While only a handful of publications in the US had a paywall in 2009, by 2014 – largely as a response to declining revenue – over 500 daily newspapers were using one. Since then, the debate has shifted from whether paywalls could work to asking whether they are working.

After several years of trial and error, there have been noteworthy successes, along with failures.

In 2011 The New York Times launched their “metered” paywall, a model similar to the Financial Times’.

Metered paywalls block a reader from accessing articles once they reach a certain threshold. The New York Times initially allowed readers to access 20 articles (now it’s 10) for free each month. This model has been increasingly emulated because it is believed that only core readers, who are the most likely to purchase a digital subscription for unlimited access, will eventually be blocked from viewing more articles.

Meanwhile, casual readers – and the publication’s advertising dollars – are not affected. These “fly-bys” account for 93% of news websites’ unique visitors, so their retention is highly valued.

Newspapers have also succeeded in asking print subscribers to pay slightly more for a digital subscription, while reducing its price if new customers will accept a Sunday paper. They’ll also allow readers to access articles found through search or social media even if they’ve exceeded their monthly limit.

The Gannett Company, whose newspapers include USA Today and The Arizona Republic, implemented metered paywalls at 78of its newspapers. In 2013, digital subscriptions added more than$100 million in operating income.

And in 2014, digital subscriptions at the New York Times Company earned $169 million. While these substantial gains are cause for optimism, they’re tempered by the fear that paywalls may only generate a temporary boost, as subscription revenue has notably stalled at the Tribune Publishing Company and Gannett.

On the other hand, some newspapers have decided to take down their paywall altogether. In 2013, The Dallas Morning News removed a “hard” paywall, which rarely allowed readers to access articles without a digital subscription. The Columbia Journalism Review subsequently declared that hard paywalls made sense for only “the most essential news providers” – places where readers cannot find the same information elsewhere, like The Wall Street Journal’s coverage of finance.

After a similar misstep – which was exacerbated by publishing some of their news content on a free website – the San Francisco Chronicle took down its hard paywall five monthsafter its launch.

The Toronto Star hadn’t made such errors, but nonetheless jettisoned its paywall after growth had “plateaued” to focus on increasing digital ad revenue and readers with an improved tablet edition.

These cases notwithstanding, it’s difficult to predict whether a paywall will help or hurt a publication’s bottom line. Newspapers have generally been unwilling to publicly discuss how much revenue their paywall is generating, and how it’s impacting their audience size and advertising revenue.

Simply put: newspapers are experimenting, but they aren’t sharing the results. We only know for certain that paywalls are being implemented, that the metered model is preferred, and that the increases in subscription revenue – while substantial for some – haven’t matched losses in advertising revenue.

The future of paywalls

Paywalls may work as a partial solution for finding new revenue streams but the search for a better subscription model continues. In March, two new models involving “micropayments” – in which readers pay a small fee (roughly 25 cents) to read a single article – made headlines.

First, The New York Times, The Washington Post and The Wall Street Journal signed up to the news aggregator Blendle. Following the so-called iTunes model, this Dutch startup allows readers in the Netherlands to make micropayments to access individual newspaper and magazine articles from a variety of publications.

By hosting a variety of news publishers, both individual publishers and Blendle are hoping that individuals will be more likely to use micropayments. Think of iTunes: while an individual might not sign up to use iTunes if it were just for one record company, the fact that the largest companies are using iTunes makes listeners more likely to use the service and for companies to profit from it.

On the other hand, a newspaper could try to “cut out the middle man” and use micropayments on their own website. Indeed, Winnipeg Free Press, a Canadian newspaper, recently announced plans to use micropayments on their own website, making it the first North American newspaper to do so. Free Press editor Paul Samyn explained the novel decision by notingthat while newspapers have had some success with paywalls, “their ability to grow paid digital subscriptions appears to have either stalled or only grown marginally.”

The micropayment model has critics – as do paywalls in general.

Unfortunately, whether any subscription model can convince consumers to pay enough to sustain the journalism that a healthy democracy requires remains an open question.

Since the future of commercially viable journalism hangs in the balance, the stakes are considerable. More research is needed (and more data needs to be made publicly available). And conversations should continue about what the future of digital journalism – including noncommercial models – should look like in a democratic society.