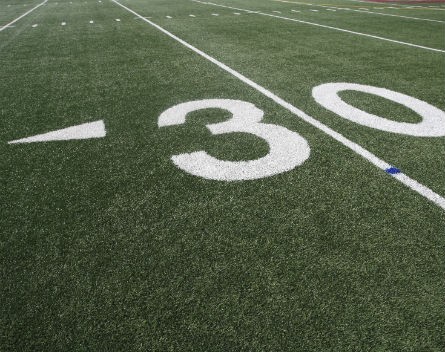 Great business leaders need to be accountable and encourage a culture of inclusion, according to former NFL quarterback and Hall of Famer Steve Young.

Young made his name as the quarterback for the San Francisco 49ers, where he played for 12 years, won three Super Bowls, and two NFL most valuable player awards.

Speaking at Salesforce’s Dreamforce conference overnight, Young recalled when he first arrived at the 49ers, via a trade with the Tampa Bay Buccaneers, and found himself backing up future Hall of Famer Joe Montana. At the time, and to this day, Montana was considered to be one of the greatest quarterbacks ever.

When the time came to take the field, after an injury sidelined Montana for an entire season, Young says too often he was trying to explain away errors, rather than taking ownership of them.  After throwing an interception, he’d point out why – a bad block, a slippery ball. When he’d go to the sidelines, he overheard teammates discussing what went wrong: “He’s not Joe.”

“What they were really saying was ‘Steve, we thought you were our leader’,” Young says.

“People want leadership. They want somebody that says look, when it counts, they are responsible, they are accountable.

“If you’re an entrepreneur, you need to be fundamentally someone at a key moment who can stand up and say ‘I screwed up, let’s go fix it’. Then later when it’s infused (in the organisation’s culture), people will respond in comparable way.”

Young says startup founders, like quarterbacks, are trying to build a platform to show not just how great they are, but one that gives those around them the chance to thrive too. He says it was that sense of accountability, coupled with the team’s culture, one of integration, instilled by Hall of Fame coach Bill Walsh, during his time with the 49ers in the 1980s that led to the organisation’s success. The 49ers made the playoffs 17 times, over a period of 20 years, from 1981 to 2001.

“(Walsh wanted) to integrate you in every way possible. Every cultural boundary, anything you have in religion, or socio-economic, or geography, or language, anything. (He) wants to break down those barriers that keep you apart,” Young says.

“What Bill was saying, ‘I want you to know something about everyone on the team. You’re not just going to be comfortable, I’m going to trade comfort for integration’.”

Young says it’s that culture that allows teams to work with and help for each other in the most difficult of times. For a startup that might be during a cash flow crunch, for Young it was against the Green Bay Packers on a freezing cold night in Wisconsin.

“We’re at Lambeau Field and it’s 32 degrees (0 Celsius) and its sprinkling rain-sleet kind of thing, and you’re soaking wet, you’ve never been colder in your life. You can be -40 and not be as cold as that little misty rain, you’re just dying,” Young says.

“And I need 10 other guys to go and win this game because we’re down four with a minute and 20 left. I’ve got to look back at them and say ‘guys, it’s human nature that you don’t want to go ramming into anybody right now, but we’ve got to do it to win’. To be able to do that, if I didn’t have those associations, and I didn’t have that accountability infused in the system, there is no way that they’re going to react and respond.

“When you do, and it’s embedded in who you are. The DNA of your company and the new platform you’re building. If I embed that into the system, we’re going to score.

“It’s really the interaction between human beings, that makes a company really thrive today, in this environment where human capital is so important.”