‘No’ is the new ‘yes’: Pareto rule for entrepreneurs 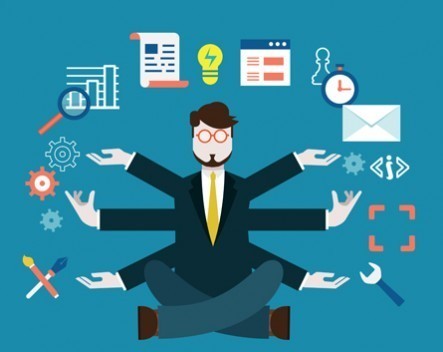 As an entrepreneur, there’s a limited amount of work you can physically do. Doing the right tasks has a lot to do with your ability to focus. But focus as such, can take many forms.

Controlling your attention might be a mental ability, but it can also mean you choose your tasks wisely.

One of the key concepts that has served me well is the Pareto Rule also known as 80/20 rule.

When Marissa Mayer gave a talk at Stanford, she made an interesting point – Google’s philosophy during their early days was: “Saying no is more important than saying yes.”

That’s pretty much the idea Pareto had when he came up with the 80/20 rule. The Italian economist learned that 20% of the pea pods in his garden contained 80% of the peas.

It turns out a similar distribution can be found elsewhere. For example, many businesses found that 80% of complaints come from 20% of customers, or that 20% of salespeople generate 80% of revenue.

The point is – you can’t do everything if you want to be efficient. While the actual ratio can be slightly different (e.g. 70/30 or 90/10), a small amount of effort often generates most of the results that matter. Likewise, a big amount of the stuff you’re doing consumes more time than justified by results you are getting.

One way to implement a Pareto rule is to write down your top five priorities of the day, ranked by importance and then cross out the bottom four.

If prioritizing tasks is not your top skill, there’s another strategy – on a scale of 1 to 10, grade the effort (or time) each task requires to complete. Then, grade your expected result in the same way and divide the effort by the result. For example:

The lower the priority number, the more important the task is. You should delegate, automate or simply cross-out the tasks of the least priority.

Our bodies work in cycles, whether it’s a 24-hour circadian rhythm or repeating 90-120 ultradian rhythms that govern our daily focus and energy. As it is with everything, we experience highs and lows.

A great hack the co-founder of Asana, Justin Rosenstein shared on Quora is to track your daily productivity to find your “Superman time.” The chances are that it has a lot to do with your biorhythm, and thus it may be a specific time of the day.

Figure it out and make sure you do your most productive work during this period. Don’t allow yourself to be interrupted and schedule any meetings or calls outside this time.

This might mean saying no to new projects and business ideas, but you should also apply it to the kind of work you take on. However, some work simply has to be done, even if it falls into the 80% category.

When you double down on your most productive tasks, that’s where the art of delegation and technology comes in. There are many tools that allow you to automate almost all aspects of your business, such as social media, auto-responders, email marketing, etc.

Likewise, you need to learn to delegate. A fatal mistake many entrepreneurs make is believing no one can do the task as well as they can.

“CEOs must delegate. At scale, they should only do three things; set the vision and strategy and continuously communicate it, recruit and retain the very best people, and keep the company funded. Everything else has to be delegated at scale.” – startup VC, Fred Wilson.

Mark McDonald is the co-founder and co-CEO Appster, the leading mobile app and product development company with offices in Melbourne and San Francisco.