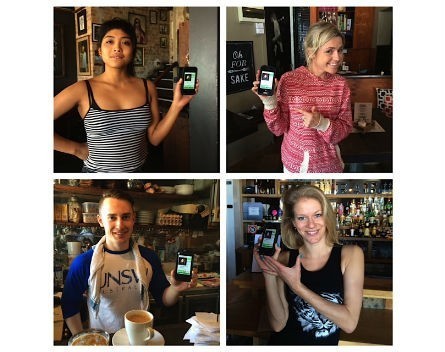 Servr connects accredited waiters with the hospitality industry. It was selected as winner by a panel of judges which included partner and co-founder of AirTree Ventures, Craig Blair, chief entrepreneur officer ENYA and president of G20YEA, Jeremy Liddle, the director of the Founder Institute and general partner of the Sydney Seed Fund, Benjamin Chong, and muru-D co-founder Annie Parker.

The event was brought to Sydney by digital innovation company Vivant, to help identify the next generation of Sydney Startups. Aspiring entrepreneurs took part in an intensive two-and-a-half day boot-camp, led by key members of Australia’s startup and business community, to shape market-ready disruptive products within a 48-hour time period.

“Lean Startup is easily the world’s best methodology behind building new products – every business needs it, whether it is a startup, scale-up or mature company,” Liddle says.

“Servr stood out as a clear winner due to its ability to test both sides of the market and validate that there was a user problem.

“Their ensuing pitch was concise as they clearly demonstrated the market need for their product.”

Servr co-founder Mal Jago says the team is a bit “shellshocked” after their victory. They came up with the idea for Servr because the wife of one of his fellow co-founders works full-time but also has a part-time job as a waitress. She often found herself at home, thinking she was able to work, but nobody knew.

“Uber for waiters, was the first thing I scribbled down when I heard that,” Jago says with a laugh,

“I just thought since GoCatch and Uber have come on its changed my life immensely, and I thought there might be something in there.”

The team plan to build Servr as a web app, which will enable those in the hospitality industry to find staff both on an ongoing basis, and when there’s need for someone on short notice.

He says the team plans on continuing to work on the product.

“It’s a huge opportunity for the younger guys (co-founders), I’ve told them the worst case scenario is you learn shitloads and you can’t buy that.”

Other notable innovations revealed at the event included:

“It’s great to see how far each team has come during the process and how they have applied the Lean Startup principles to perfect their venture,” he says.

“In effect, what we witnessed today was the potential for the next generation of disruptive products to hit the Australian marketplace.”