Not all corporate tax avoiders will be snared by new rules 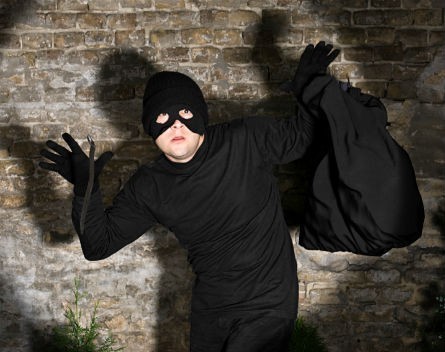 Hockey’s budget announcement of two major tax integrity measures was flagged before the budget was handed down, but even that came as no surprise. Integrity, or lack thereof, in our tax system is a hot topic and an easy target for a Treasurer looking to sell a federal budget.

The first of the proposed changes is to our GST regime. No-one likes hearing that they will be paying more tax. But, the charging of GST on supplies of digital products and services in Australia by an off-shore supplier will at least make sense to the general public. With the inherent unfairness in the current system and a revenue raising prediction of A$350 million over the next four years, most are likely to accept the logic of such a measure.

The second of the proposed changes are new laws to be included in Australia’s general anti-avoidance provision. New laws, which will apply from 1 January 2016, are aimed at multinational companies engaged in aggressive tax practices. The proposed anti-avoidance law is designed to stop multinationals that artificially avoid a taxable presence in Australia. It is difficult to see how this strategy of addressing specific behaviour through what is considered a general provision will work. And, it is these changes that are already causing confusion.

Foremost, everyone wants to know how much revenue the initiative will contribute to the public coffers, but the simple answer is that we don’t know.

Anti-avoidance laws aren’t meant to raise revenue – they are meant to prevent tax avoidance. A successful anti-avoidance rule raises absolutely nothing because it deters certain behaviour.

Something needs to change to address multinational corporate tax avoidance. But, are amendments to Australia’s existing anti-avoidance regime the answer?

A general rule or a targeted approach?

The recent Senate Inquiry into corporate tax avoidance leaves little doubt that Australia is missing out on a significant amount of tax revenue.

This is occurring because multinational companies are taking advantage of outdated tax laws that allow them to structure their affairs in such a way as to move profits to low- or no-tax jurisdictions.

Australia’s current general anti-avoidance regime, known as Part IVA, was introduced in 1981 and most recently amended in 2013. It applies where a taxpayer enters into a scheme for the sole or dominant purpose of a tax benefit. If certain conditions are met, the Tax Commissioner can then cancel any tax benefits obtained.

The idea behind enacting a general anti-avoidance regime is that it is simply not possible to anticipate the ingenuity of taxpayers and their advisers. Consequently, it is not possible to legislate for all of the specific scenarios that may arise. A general anti-avoidance regime is an overarching integrity measure which is relied upon when specific laws fail. It looks for a scheme designed to avoid tax.

Hockey has offered us flow charts to explain the additions to Part IVA. According to what we now know, the amendments will create a very specific application of an anti-avoidance rule with several criteria needing to be met.

These criteria mean that only certain multinationals will be targeted. A foreign multinational with global revenue of over A$1 billion, which supplies goods or services to Australians, where the sales revenue is channelled to tax havens, and where the principal purpose of the scheme is to avoid tax are put on notice.

While the proposed amendments taken at face value are confusing, they do seem to serve another purpose. It means the current government appears to be doing something to address corporate tax avoidance without committing to substantive changes to our laws or introducing a new tax such as the UK diverted profits tax.

Nevertheless, unilateral measures which attempt to fix a global problem are fraught with danger. The OECD is currently working on a proposal to change domestic and treaty rules to address cases of low or no tax. The proposals will address the substantive issues.

We need to wait until the OECD finishes its Base Erosion and Profit Shifting program. By October 2015, the OECD will have made recommendations on not just “taxable presence” rules but all 15 key areas which it believes need to be tackled through domestic and international instruments to address the challenges of multinational profit shifting.

The true test for our federal government will be the adoption of many of those recommendations.