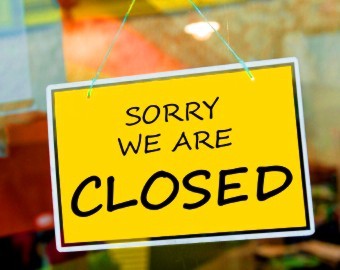 The number of businesses in Australia slumped to just under 2.1 million as at June 2013, a fall of 2.9% according to data released today by the Australian Bureau of Statistics.

The ABS figures (available in full here) show fewer new businesses are starting up in Australia, but the number of businesses shutting up shop has also decreased slightly.

The figures show construction is the biggest industry, making up 15.8% of businesses with 328,485 businesses, followed by professional, scientific and technical services at 11.6%, and rental, hiring and real estate services at 10.6%.

Electricity, gas, water and waste services had the smallest number making up only 0.27% of businesses with 5606 businesses recorded.

Craig James, chief economist at CommSec, says it is clear from the data how tough the last year has been for Aussie businesses.

“Clearly if Aussies are more confident and business conditions are good, then you would expect to see fewer businesses folding and more businesses starting up,” he said in a statement.

James points to the fall in business numbers and the rise in unemployment.

“As you would expect, the relationship between the number of businesses and employment is quite precise with a lag of around six months from the decline in business numbers to the decline in jobs.”

James says the good news is that monthly business numbers from the Australian Securities and Investments Commission have lifted since September and there is tentative evidence that employment is starting to lift again.

The ABS statistics show the most common business in Australia is a small company, employing few staff with a turnover of less than $200,000 a year.

“No wonder the job market is holding up despite high profile job losses at big companies – most businesses employ few staff and they have been holding onto staff or making modest additions to employee numbers over the past year,” James said.