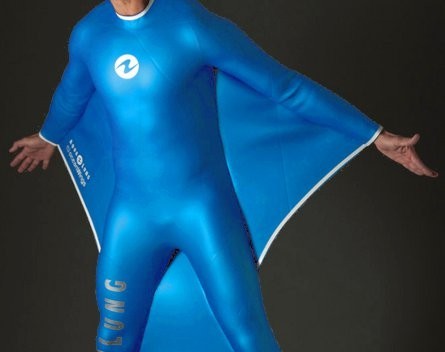 A French designer called Guillaume Binard has invented a wetsuit for divers to “fly” underwater. The neoprene Oceanwings suit has webs between the legs and arms for resistance.

“This project shows the similarities between the air and water environments finding their main difference with density,” says Binard.

He says the flight experience expresses the powerful emotions and feelings that the underwater world generates for people.

While there are no plans by marine product maker Aqua Lung Dream Lab to manufacture the Oceanwings suit for sale, it could be the inspiration for other underwater equipment.