ParkFit off to fast start even before River City Labs Accelerator 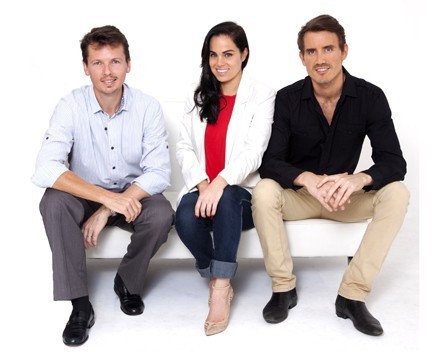 The program doesn’t even officially start for another two weeks, but the River City Labs Accelerator has already paid dividends for a Brisbane fitness startup.

The Brisbane startup hub partnered with muru-D to create the 14-week-long accelerator program, with five startups each receiving $20,000 funding in exchange for 3% equity, as well as co-working space, mentoring, training and access to global networks.

Outdoor fitness app ParkFit is one of the startups chosen, and CEO and co-founder Jacob Turner says they’ve already experienced some of the benefits.

“The network is invaluable,” Turner says.

“We’ve already been approached by people with contacts who understand the fitness space. It’s one degree of separation now rather than a cold call.

“We’re focusing heavily on utilising those networks to attract customers and promote the platform to a wider audience.”

ParkFit is a smartphone app that helps users to discover nearby crowd-sourced and publicly available workout structures, aiming to make it free and easy to exercise outdoors.

River City Labs ran a boot-camp over the weekend to narrow down the applicants and eventually select the five winners.

“It’s been a whirlwind of a weekend,” Turner says.

The founders had to pitch the idea initially on Saturday, before working with mentors to refine it and deliver it again on Sunday.

The ParkFit pitch changed immensely, Turner says, and the advice from the experts was very useful.

“We’re an early-stage startup, pre-revenue and not in the App Store yet, so our first pitch focused on our hustling and preparing for going live,” he says.

“That wasn’t very impressive, so we refocused and sold the big market on offer, the growing trends, and we researched it more thoroughly to find little nuggets of information.

“It was about showing that evidence and helping them see the vision.”

This was all achieved in just a weekend.

“Times that by 14 weeks, and I can only imagine what we’re going to come out learning,” Turner says of the accelerator program that will go for more than three months

A gap in the market

The ParkFit co-founders initially came up with the idea from their own experiences.

“We’re all freelancers and we don’t have gym memberships,” Turner says.

“We work from home offices and getting to the gym was more of a chore than just walking out the door and going to the park.

“We found there was a huge gap in the market. If you say fitness apps to people they say that there are plenty of those. There are plenty of running apps, cycling apps and living room workout apps, but there’s nothing that empowers people who want to do outdoors workouts.”

Turner says he and the other co-founders are excited to get started with the program and fully commit to it.

“It’s up to us to utilise the networks and opportunities they offer. Our success will ultimately come from the effort we put in.”

The other four startups selected for the River City Labs Accelerator:

–        GreenSocks: two-way platform connecting people who need their lawn mown with those who want to earn some extra cash

–        Outbound: a social network for travellers