Partnering with giants: How this advertising startup plans to change media buying 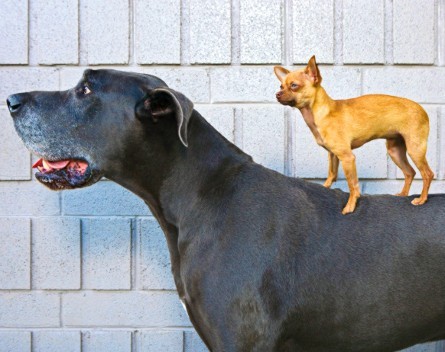 Outdoor media buying platform Site Tour has announced partnerships with two major players to launch an education initiative in what could be a game changer for the young company.

Site Tour, Brandscreen and Cadreon Australia will launch “The Fifth Screen Project”, a program to educate media buyers about the benefits of programmatic buying, a trend enabled by digital.

Site Tour launched in 2011, inspired by the idea of combining the benefits targeted advertising similar to Facebook and Google AdWords with the reach of traditional billboard spots.

It auctions individual ad slots in real time, based on sourced data about the range of consumers passing the billboard at that time. Large clients such as Coca Cola, Telstra and ANZ already use the service.

According to founder Michael Scruby, this fusion of digital advertising (worth $4 billion) with traditional advertising ($650 million) is inevitable, they’re just keen to accelerate media buyer uptake.

“To start a new marketplace you need buyers, sellers and technology. More than this you need serious commitment from all sides,” Scruby says. “Initially we’re running a closed partnership to test and learn. We’re looking forward to opening up the marketplace to more buyers and sellers shortly.”

The Fifth Screen project will use 1000 of Site Tour’s 100,000 available billboards. Ads will be purchased through Brandscreen’s bidding technology and Cadreon will be providing vendors and digital advertising optimisation consultancy.

Despite the burgeoning opportunity, Scruby says the project has also been a learning curve as they try to introduce a relatively new idea to an established industry.

“There’s no benchmark so we’re defining the rules of trade,” he says. “It’s an enormous undertaking in itself, but then you consider the physical nature of outdoor screens and you’re presented with challenges just delivering the content to the screen itself. We’re serving the ads immediately after the auction is won so speed and scale are critical.”

The two-year-old Site Tour team is yet to grow bigger than 20 staff, but Scruby is hopeful this could be the moment they really start to grow from upstart to powerhouse.

“Being a startup, this is a big deal for us and has the potential to propel Site Tour into the minds of the biggest names in advertising both in Australia and around the world,” he says.