Patent applications are down in Australia thanks to tougher rules 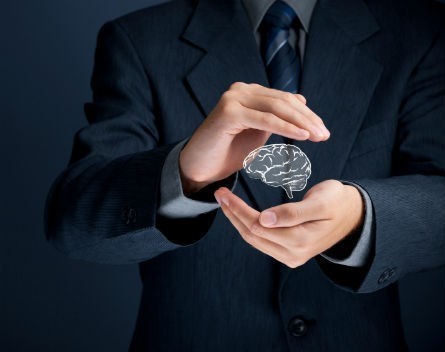 Australia has a two-tier patent system. A standard patent provides exclusive rights in the invention for 20 years and an innovation patent that only grants eight years of protection.

The main difference is in the level of inventiveness that each application is assessed against by IP Australia. Logically, a standard patent is assessed at a higher level in terms of advances over existing technologies.

Intellectual Property (IP) rights are issued by territory. This means that registration of IP must be sought in each country that an IP owner wishes to have legal protection for their invention.

For instance, Australian exporters should think about protecting their IP in other countries when trading overseas. Likewise, those overseas wishing to trade in Australia should file non-resident IP applications in Australia.

This followed a four year period from 2009 to 2013 that saw patent applications increase by 25%. At the same time, a larger fall of 35% was experienced in domestic filings in 2014.

Applications by Australian residents on average only comprise around 10% of total patent applications (1,979 in 2014), but this figure dropped to 8% last year.

Does this mean there was a drop in the level of innovation in Australia? Or is something else behind the decline in the figures?

According to the report, the sharp decline was attributable to a legislative change made in 2013 in the inventive threshold required for a standard patent to be granted. This, the report says, resulted in “a rush of applications in the lead up to the implementation date” and a record number of standard patent applications for 2013.

The declines were equally pronounced in the area of innovation patents, with demand falling for a second successive year (9%). The weakening in demand for the latter is on the back of the Advisory Council of Intellectual Property’s (ACIP) review into innovation patents in 2014.

ACIP concluded it was:

[…] unable to make a recommendation on whether to abolish or retain the innovation patent system […] because it has been unable to obtain adequate empirical evidence as to whether the system does or does not stimulate innovation in Australian SMEs.

In contrast to these numbers, Australian residents now file more patents overseas than they domestically. Three times more applications were filed abroad (9,012 in 2013) and this trend is likely to continue.

So, how can these patent counts provide meaning?

Innovation is not easily measured. In assessing the technological capacity of countries, academic economists often need to rely on imperfect data, such as R&D expenditures and patenting activities.

These measures are imperfect for many reasons, not least because not all inventions are patented and of those granted, relatively few inventions achieve market success.

For decades, policy makers have claimed that patent protection is necessary to encourage R&D investment in new technologies. This faith in private rights to stimulate innovation is now considered a national priority.

An expression of this priority was the legislative changes to the Patents Act 1990 (Cth), which came into effect on April 15, 2013. A key function of the reforms was to provide Australia’s IP system with a “more robust framework to support and encourage innovation”, in line with the number of past government reviews.

Raising the bar or bringing the curtains down?

These changes were contained in the Intellectual Property Laws Amendment (Raising the Bar) Act 2012 (Cth) legislation, which has been declared the most significant amendment to Australia’s IP laws since the commencement of the Patents Act.

The idea of bringing in higher inventive thresholds is not new. In 2008, ANU researcher Hazel Moir released a working paper outlining the benefits:

Similarly, in a 2009 consultation paper by IP Australia stated that a higher threshold would ensure that unduly broad patents do not prevent follow-on innovation.

These comments are consistent with a 2011 report into the UK IP system.

But as one commentator reminds us:

Although the law changed forever – and undoubtedly for the better – on 15 April 2013, it appears that IP Australia will still be examining applications under the former provisions until at least 2016 and beyond.

Should we be worried about the recent decline in patent applications? Or is a case of the numbers needing to settle down following the legislative changes? It’s probably too early to say, but we need to watch and see what happens to the figures over the next year or so.

If patentability criteria are effectively expressions of public policy, then the government must use economic levers, such as inventive thresholds, to fine tune the patent system.

Given the importance of innovation to continuing economic growth, developing an evidence-based patent policy should remain a national priority. Up until recently, such information has not been publicly available.

The patent system will continue to be under the microscope, with the government taking receipt of the recent Competition Policy Review led by Professor Ian Harper. The review panel advocated, “an overarching review of intellectual property” (including patents!) in relation to technology markets and international trade agreements.

The never-ending story presented here informs us that further research, as opposed to more government reviews, is needed to fully understand the links between the patent system and follow-on innovation, and its impact on the Australian economy.

*This article was originally published at The Conversation.