‘Pear-to-pear’ economy for the picky consumers 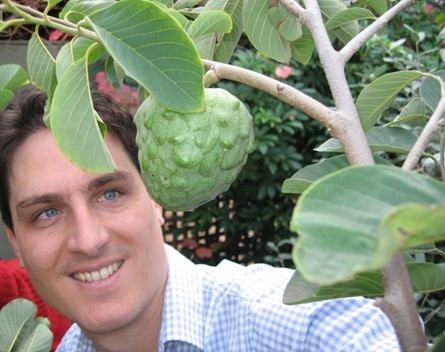 Alistair and Helena Martin discovered an area that was ripe for disruption after seeing that only the neighbourhood birds were benefitting from a bountiful nearby lemon tree.

The husband and wife pair wanted to grow their own produce, but had no room, and they regularly bemoaned how much food was going to waste just in their Adelaide neighbourhood.

“We noticed how much fruit we’d see over fences in backyards that would just fall to the ground and go to waste,” Alistair Martin says.

“We thought there must be a way to connect people with excess produce with people that wanted to eat fresh, homegrown fruit and veg.”

Over the past two years the pair has been building a platform that facilitates this. It’s called RipeNearMe and now has over 20,000 users across the world.

Martin says he wants the startup to act as a supply chain of sorts for homegrown produce that would normally go to waste, creating a “pear-to-pear” economy.

Through the two-way platform users can search by location or produce type while growers can list their status as either “growing” or “ripe”.

After finding a suitable match, the user will receive an email when the produce is good to go, and then the transaction takes place.

After properly launching a beta phase in 2013, the startup has picked up steam quickly. It now has growers registered in Australia, New Zealand, Europe and the US, as well as a single mysterious user in Tunisia.

Although it’s based on the sharing economy platform pioneered by the likes of Airbnb and Uber, Martin says what they’re offering is a different proposition, with its own difficulties.

“Fruit and veg is perishable, it’s highly seasonable and it’s a much lower ticket price, so there’s a lot of big differences between what we’re doing and any other platform,” he says.

There are many other services aiming to provide locations of fresh produce or connect independent sellers, but Martin says no other can offer the same service as RipeNearMe, such as allowing users to connect with each other directly and subscribe to growers.

“The predominant use has been people looking for cheaper foods, and people that do grow their own food tend to undervalue the produce that they grow,” he says.

“So there are some pretty big discounts for bargain hunters.”

Sticking to the basics

It’s the first time the Martins have ventured into the tech startup world, and it has been a steep learning curve.

“In hindsight we would’ve done a lot of things differently,” Martin says.

“We developed a bloated MVP and have gained traction as we’ve gone, so we’re on track to give people something that they want.”

It’s important that founders focus on the bare basics of their idea, rather than unnecessary add-ons, he says.

“If you’re not careful you can end up developing a whole lot of stuff that people don’t want and won’t use,” Martin says.

“It’s much better developing and deploying something fast and early that’s the bare minimum, learning from that and then adding tools and features incrementally from there.”

A big part of the startup is the role it can play in helping to reduce food waste across Australia and around the world. According to FoodWise, up to $2.67 billion of fresh food is wasted each year in Australia, while between 20-40% of fruit and vegetables are rejected, mainly due to cosmetic reasons.

With RipeNearMe, Martin wants to stop the waste and encourage people to grow produce in urban areas.

“A huge amount of food goes to waste in Australia, and there’s a lot to be done to address that,” he says.

“It’s about space waste as well, so we’re looking at encouraging people to grow more food in urban areas.”

Another unintended consequence of the startup has been a social aspect.

“That’s a huge by-product that happened as people were requesting food and ended up connecting with people and making friends they would never have otherwise met, even though they could literally be on the same street,” Martin says.

The startup isn’t monetised yet, although there are “plenty of different options” for that, and a smartphone app is currently in the works.

It’s been bootstrapped so far by the pair, but a funding round could be on the horizon.

“We’re open-minded but not actively pursuing it at this point,” Martin says.

“We’re pretty focused on the core value that we provide to users and on connecting people with each other and the produce.”

“Once we’ve done that we’ve got plenty of things to work on and grow from there.”