Peep inside: Kate Kendall’s new venture and the future of The Fetch 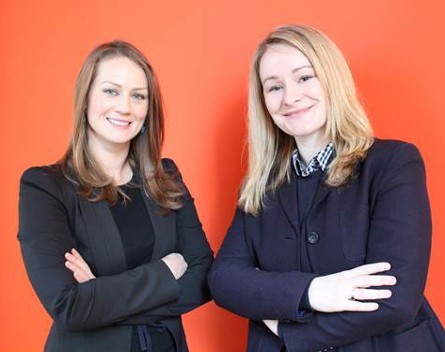 Kate Kendall is one of Australia’s best-known female entrepreneurs, kicking off #socialmelb in early 2009 before founding The Fetch. We catch up with her from her new base, New York, to hear about her latest venture, and the dilemma of choosing between two “startup babies”.

Things have come full circle for Kate Kendall, who has just launched a new startup called CloudPeeps, a marketplace for on-demand community managers, with her co-founder Shala Burroughs, four years after she held off on the idea believing that the timing was not right.

Instead, Kendall went on to create The Fetch, launched mid-2011, a popular curated email of digital and creative events, across a number of cities.

After relocating to New York and needing some help with the growing demands of The Fetch, Kendall turned to Zirtual for a virtual assistant and found the experience so rewarding against using a number of ad hoc freelancers, that she revisited her original idea around CloudPeeps.

“What got me excited about marketplaces like Zirtual is that until now a lot of these virtual marketplaces have been very open, like the Freelancers and Elance-oDesk, but this was completely different – it was a highly controlled experience,” Kendall says.

“It got me thinking about the whole verified approach and what we could do with that in relation to on-demand community managers.”

Kendall discussed her idea with Burroughs, whom she describes as her “accountability partner” and Burroughs agreed that the market timing was right, so they incorporated CloudPeeps in January and set about ‘beta’ testing with a goal of attracting 10 customers and 25 community managers.

They’ve also attracted Ligaya Tichy (who led the communities at Yelp and Airbnb) and Joel Gascoigne (co-founder and CEO of Buffer) as advisors.

The company operates on a subscription model starting at $699 a month and Kendall is hoping to automate the process to open up the current pipeline, but she’s quick to point out that at this stage the priority is on developing ways to allow CloudPeeps to take on more customers, and not on building out new features.

“Our mission is to make community building accessible to all business by connecting them with an on-demand experienced and authentic remote community manager,” Kendall says.

Four of their customers are Australian and Kendall is actively seeking professional Australian-based community managers to grow the market here.

What now for The Fetch?

So where does Kendall’s new venture leave The Fetch? She admits to feeling conflicted, as “they’re my two babies and I love both”.

This means, for now at least, Kendall’s time is being spent on CloudPeeps, which she says her instinct tells her is the bigger opportunity.

It’s far from the end for The Fetch though (which Kendall describes as currently being on “slow wheels”) with Kendall still aiming for her long-term vision to make it a successful events platform.

“At the end of the day, in its current format, it was just taking me too much time to write and curate all the newsletters, as well as manage all our volunteers,” Kendall says.

This means a relaunch for The Fetch, with Kendall putting together a crowdfunding campaign next month to spearhead a new build that would automate some of the process.

“The Fetch has phenomenal reach and even right now I have $20,000 worth of people wanting to sponsor and advertise on the site, but I had to make a tough decision,” she says.

“At the end of the day, I don’t think it’s a billion-dollar company, where CloudPeeps may be.”

Kendall says she has had acquisition offers, but that she still felt very attached to The Fetch in a personal way, noting it would have to be a “very attractive offer” for her to consider it.

“The Fetch is only three years old and it’s had enormous growth potential and community love,” she says.

“It’s certainly not suffering in terms of anything like that, I just had to make a tough decision for now.”