Pitch night gives chance to listen in on judges 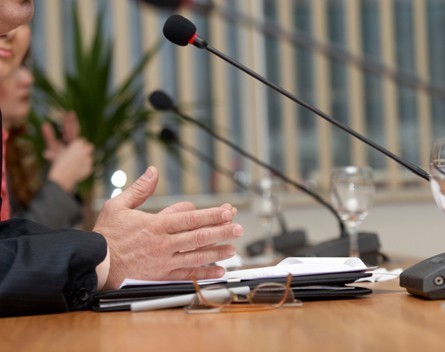 Startup Victoria is adding a layer of transparency to its latest pitch night.

Most startup pitch nights are pretty similar. A host of hopeful entrepreneurs will present their startup, and then the judges will retreat privately to discuss which lucky one will be the winner.

The audience and founders don’t really get much of an insight into why the decision was reached, and what exactly the judges are looking for in a startup.

At Startup Victoria’s Pitch in Melbourne, four startups will present, and the judges’ deliberations will happen right there on stage for everyone to see and hear.

“We’re opening up the investors’ conversation for the startups and audience, so they really get transparent feedback, the good and the bad, on the night,” Rakis says.

“Investors will be talking amongst themselves and everyone will get a glimpse of what happens behind the scenes.

“We haven’t seen anyone do this, it’s quite rare to hear that. You’ll get real insights into how investors perceive the pitch.”

By making the judges deliberation public Startup Victoria hopes the audience will get a better feel for how investors make decisions.

“It’ll show how angel (investors and) venture capitalists make their decisions and what they think about,” Rakis say.

“There are a lot of misconceptions about this process, so this will give the audience a bit more visibility.”

The pitch night, which PwC will be hosting in its Southbank office, will be on Monday, September 7.

The winner of the pitch night will receive $50,000 in seed funding, as well as a lead investor, three months co-working space and a free R&D claim.

Rakis says they’re looking for early stage startups on the hunt for seed investment, but ones that already have an MVP and a foothold in a market.

“We’re looking for startups that have a bit of traction and are looking to extend their seed round, and have either got early customers or have an early product,” he says.

He hopes the event will help encourage Australian startups to get out there and spread the word about their companies.

“You need to go out there and pitch super early, to build that rapport so when you are ready you’ve already got that momentum.

“A lot of people are nervous about putting themselves out there publicly, and they may not think they’re ready for investment, but if you don’t win the money that’s not a bad thing. It’s a learning process.”

Applications are open for startups who wish to pitch, and tickets for the night can be bought here.