Pollenizer CEO on the top five myths of lean start-ups 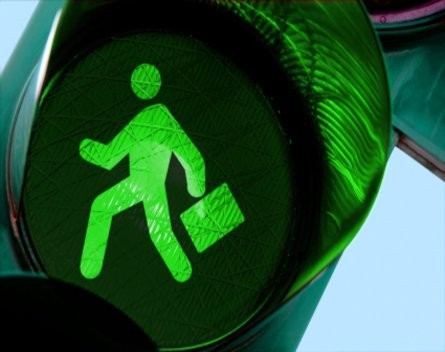 Pollenizer, an incubator program based in Sydney, has long loved and taught the lean start-up method to founders.

But as the approach continues to flourish in the start-up sector, entrepreneurs need to recognise fact from fiction when it comes to how the process works.

Lean start-up methodology focuses iteration in order to discover what customers genuinely want so start-ups can be sure they’re solving a real problem, in order to get maximum traction.

The team are coming to Melbourne for a two-day lean start-up workshop in the coming weeks. Co-founder and chief executive Phil Morle told StartupSmart lean has been key to Pollenizer’s success.

“It de-risks the process, and I find that really powerful. It means we can spend our capital wisely. Lean spirals the whole way through, it’s about learning, holding yourself accountable and really testing what you believe, and having a shared language as a team,” Morle says.

Pollenizer invests $100,000 in each new company in the program.

“We found organically over the last five years, that the lean methodology helps us be in control of the discovery process as a start-up emerges. It means we can measure as we go along, and know where we are in comparison to where we should be,”Morle says.

Morle says many people mistake the iterative, experimental process of lean for a cheap way to create companies.

“Lean is a management discipline for maximising resources to discover and build value quickly and efficiently. Start-ups have limited resources and we have to do everything we can to get there fast,” Morle says.

Lean involves launching early versions of the product to test hypotheses and ensure it’s developing in line with customer needs.

“Using lean methodology means we can make sure the product we’re making is reflecting what customers actually want, and make it stronger and more profitable.”

Myth two: Lean is only applicable to small ideas

Morle says many people can mistake the process as being focused on small ideas, but lean works in organisations of all sizes.

“It’s an iterative sequence to release something soon so you can start learning from your customers. It can start small if you need to, but over time, it can become enormous. Facebook is one of the best known lean start-up major companies, who still release early and release often,” Morle says.

Because of the requirement to launch early versions of the product quickly, some entrepreneurs may be scared off lean because it feels riskier to launch less-honed products.

“There is the fear that this will turn off your customers, never to be seen again. But the point of lean is to release early to make sure you have a series of tiny manageable failures that you can learn from,” Morle says, adding this myth is the opposite of the heart of lean methodology: experimentation and de-risking.

“The most risky thing you can do as a start-up is to not try and get the customer to do something. The longer you go without seeing people use the product, the more risk we create as company.”

While lean methodology was first created by Toyota after the Second World War to make the most of their limited resources and still compete with major American car companies, the lean methodology has expanded to the tech start-up ecosystem.

Morle says many people mistakenly think it only works for software or tech development, but the core of the process works for any company.

“Lean is about collecting data to make your offering more valuable,” Morle says. “It can be used in advertising, in medicine and in all manner of different industries when you realise it’s about doing something with a real customer as soon as possible.”

Myth five: Lean is too scientific and prioritises analytics over intuition

According to Morle, because lean is focused on experimenting and gathering data, people can assume the method is too scientific and leaves no place for intuition.

Morle says lean is a good way to make sure you don’t believe your own hype.

“What lean introduces is the yin to intuition’s yang because the two things work together. Overlaying lean and metrics with what people actually do, and then learning from that and comparing it to our intuition is the perfect combination for a successful start-up,” he says.