Pollenizer launches program aiming to get ex-Ford workers into startups: “It’s possible for anybody to start something new and be in control of their own future” 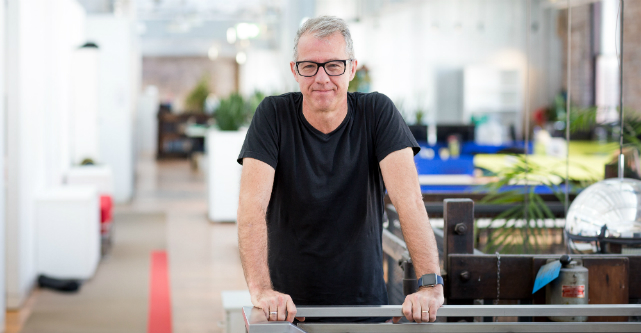 Last Saturday Pollenizer co-founder and CEO Phil Morle was reading the morning papers and was struck with an idea.

It was an article about the impending closure of the Ford factory in Geelong, which is set to leave about 600 workers without jobs.

In it was a study by the Australian Catholic University that found that 62% of these workers would be looking for another job while only 1% were aiming to start their own business.

It was then that Morle felt “compelled” to do something about this.

“We’re seeing this repeatedly in this disruptive world that we’re all in and creating,” Morle tells StartupSmart.

“Whole industries are being wiped out and communities of people do not know what to do next.

“A great privilege of being a startup entrepreneur is that we know that it’s possible for anybody to start something new and be in control of their own future.”

Announced in 2013, Ford factories in Broadmeadows and Geelong will be shutting down on Friday, leaving about 600 staff without jobs. Despite job fairs run by Ford and the Victorian government, a large majority of workers are still yet to find employment, reports have found.

After brainstorming some ideas on Facebook that night, Morle called a snap meeting with his Pollenizer team for Monday morning.

By 10.30am that morning the team had decided to run a free, two-day “startup science event” in Geelong for former Ford factory workers to explore the possibility of turning their ideas into businesses.

In the space of 24 hours, the idea had the backing of three big-name partners – Deakin University, Australia Post and Geelong incubator Runway – and everything was being prepared to start the program the following Monday.

“We’re quite lucky because we’ve got Pollenizer’s innovation machine in a box,” Morle says.

“This will be a pop-up innovation explosion that we can absolutely facilitate very quickly.”

The Next Monday workshop will present the possibilities of the startup world to these workers and provide them with the concepts and tools required to build a company from the ground, Morle says.

“We want to spend a couple of days with them looking at what the possibilities are and share the tools and principles to help get anybody started with something new,” he says

“We want to help everyone realise what is possible and what’s already in their minds if they let themselves think it. It’ll be more like a hackathon than a talk-fest.

Morle says he wants other members of the startup community to get involved too.

“People recognise that we need to do better as a community,” he says.

“It’s not hard to make a big contribution so let’s just do it.”

The Pollenizer team is also working on follow-up events and support to ensure the workers have support if they decide that they do want to jump into the startup work.

“We’re trying to create some possibilities for the people that come along in some of the organisations that support us, like with incubators and startup tools,” Morle says.

“We’ll give it everything we’ve got to show them some possibilities and it’ll be their choice to see if it’s something they want to pursue.”

Former Ford workers can now register for the free event, and Morle has also written an open letter to the group to try to get them on board.

“We live in a different world where 25-year-olds make billion dollar businesses and scientists create new technologies,” the letter reads.

“In our work we have learned that as fast as old businesses end, new ones emerge and that anybody can start them. All it takes to start them is to say, ‘I have started’ and quickly others will join.”

Morle says that the event will still go ahead even if only one person chooses to attend.

“If only one person is interested in coming along then I’ll show up in Geelong on my own and spend a couple of days with them,” he says.

“And then if next year we give them a call and they’ve created a business that wouldn’t have happened without it I’ll be delighted – that will be one of my biggest milestones.

“Anything up from that is just better and better.”