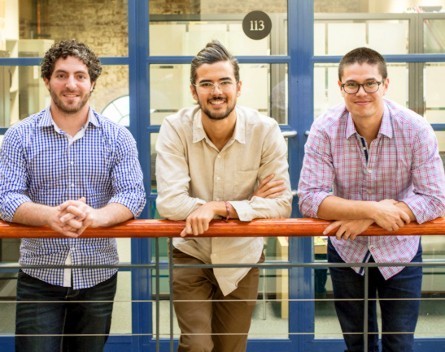 Edrolo co-founder Duncan Anderson says he’s doesn’t think the startup’s team would have been able to raise money from investors without the help of mentors.

Edrolo is a graduate of the Startmate accelerator program, but differs from many Startmate startups in that none of its three co-founders had tech backgrounds.

“We were very, very green,” Anderson says with a laugh.

“None of us had done (a startup) before. I don’t believe we would have been able to raise money, if we didn’t go through Startmate.”

Anderson and co-founders Ben Sze and Jeremy Cox aren’t green anymore, since graduating Startmate in 2013 Edrolo has gone on to raise $4 million in two investment rounds. It wasn’t easy and Anderson says they’ve learnt plenty along the way.

“Learn about raising money. The terms investors would normally ask for and why. The data points they’re looking for when startups are raising money,” Anderson says.

“Look for questions investors ask normally. Plenty of people look at the questions Y Combinator ask. I would go through them and, we did this, come up with answers to all of those questions.”

Many of those questions will revolve around traction, Anderson says, especially if, like the Edrolo team, it’s a group of founders working on their first startup.

“There’s always exceptions, but you must have traction, it’s the proof for what you’re saying,” Anderson says.

While numbers are important, Anderson says founders must also be able to articulate their vision.

“You must have a story, don’t just talk about the numbers, incorporate both. There are some great pitch deck templates out there, Sequoia has one. Building a pitch deck with that framework will help make sure you haven’t forgotten something,” Anderson says.

It’s important to hone your pitch initially with investors that you aren’t relying on. Anderson says the Edrolo team made a list of investors to target, and didn’t start pitching to their top targets until late in the process, when they felt comfortable with the standard of their pitch.

“You need learning investors. People you can cut your teeth on,” Anderson says.

“The person you really need to close shouldn’t be the first person you speak to.

The Edrolo team met with 110 investors when they were raising their seed round, 12 of those individuals ended up investing. Anderson says founders should never take a “no” personally, and continue to build long-term relationships.

“Plenty of (founders) aren’t hungry enough. You’ve got to hustle. If an investor doesn’t respond after two emails, keep trying,” he says.

“Get to a yes or no. You can normally find our pretty quickly with a seed round. There’s no way they can know whether or not the business is going to work. They’re just taking a punt.”

It’s a position echoed by Airtasker founder Tim Fung, who has raised $10 million.

“Meet as many people as you can, and keep those conversations open,” he says.

“We’d speak to someone and they’d intro us to other people, so on and so forth. Build relationships and maintain those relationships. Use the network you’ve got and build outwards. Cold calling is always going to be very, very hard.”

Let BlueChilli chief growth hacker, Startmate mentor, and angel investor Alan Jones help you through your first investment round. Get his advice at our StartupSchool workshops in Melbourne on August 17 or Sydney on August 25.