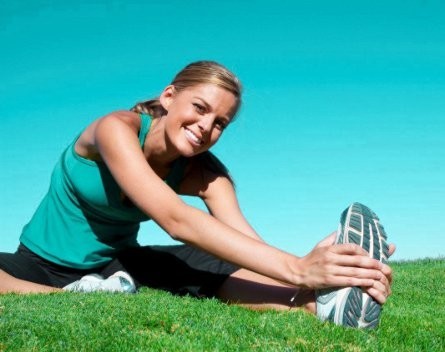 PTBiz, an app for personal trainers to manage their businesses, has taken out a series of awards as part of the 2013 graduating class of Adelaide-based early stage start-up program MEGA.

PTBiz took out best pitch, best written business proposal and most customer-centric pitch after a program of 20 workshops.

Hologram start-up Voxon was awarded $5000 and six months of co-working space at the Majoran Distillery after taking out the Peer Assessed award.

PTBiz co-founder and executive director Eamon Pielow told StartupSmart both he and co-founder Ben Eblan entered the program with the same idea.

“Having two people who had worked on the same idea was really interesting, as we’d explored different paths and were able to learn a lot from each other,” Pielow says, adding he realised the potential for the app when he kept being asked for business advice by personal trainer friends.

“The biggest challenge for personal trainers is the lack of business knowledge. Managing their clients, finances and time can be hard,” Pielow says. “We wanted to create an app to help them run their business so they could focus more time on what they do best, which is training people.”

The team of four is about to launch a beta testing round and are in negotiations with app developer company Magnify Technologies to commercialise and launch the app in the next four to six months.

He adds the MEGA program helped them develop their ideas and pre-empt issues.

“One of the great things about MEGA is the questions you get asked. You start to see a trend in what you’re getting asked, so you either work out answers or go back and rework the elements that are creating the issues,” Pielow says.

MEGA is now seeking start-ups teams for their 2014 training program. The program is supported by the South Australian government and has around 30 places. Individuals can also apply for the program and join a team.

MEGA chief executive Gavin Artz told StartupSmart the idea isn’t particularly important as it will develop throughout the course so they’re looking for teams that are ready to prioritise launching their business this year.

“We’re looking for people who are really quite passionate about what they’re doing. Getting their business up and running needs to be a priority in their life this year,” Artz says.

“We have two or three mentors per team, so the participants get a long way very quickly by going through the process and getting real insights into what needs to be done, and what level they’ll need to work at.”